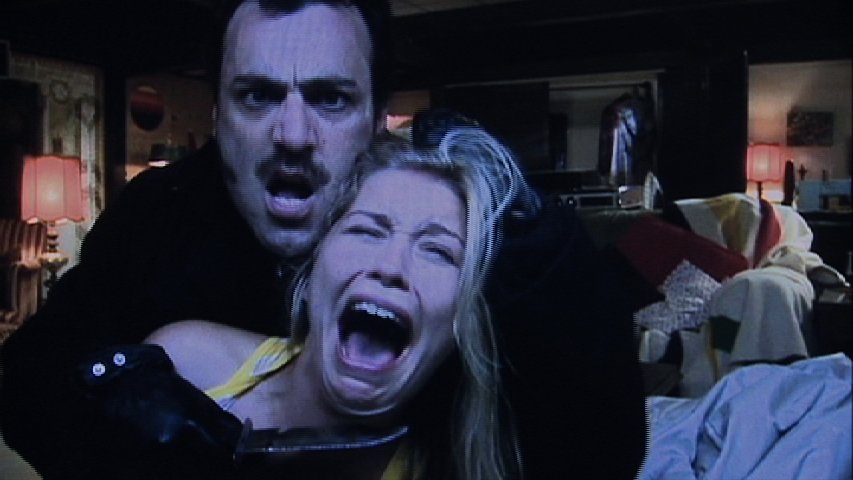 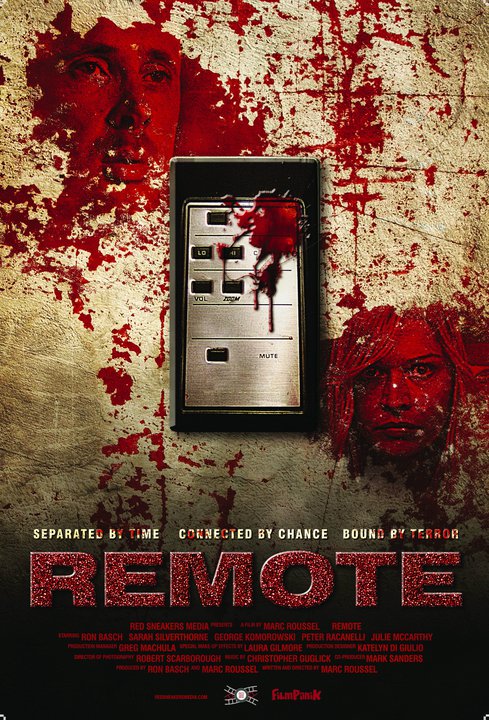 With a runtime of almost 20 minutes, Remote is the longest film that production company “Red Sneakers Media” have created so far. In 2009, the film had a two year festival run, playing in the US, the UK and overseas. The company have certainly endeavoured to meet high standards, as this project and the distribution would have taken an exceptional amount of work, and it has certainly paid off for everyone involved. This film is unlike any other short I’ve ever seen.
I was lucky enough to see this film, and it captivated me for a number of reasons. For starters, it is incredibly unconventional and brings a unique idea to the genre. The story centres around a man named Matt, who loses his cable signal during a severe snowstorm. After being left with static, he is soon connected to a mirror image of his apartment, thirty years in the past. He is able to communicate with the woman living there, and as the two of them get to know each other, things take a turn for the worst. I was fascinated by the idea of time-travel and paradoxes in this film, and the fact they could communicate to each other in a similar way to a Skype conversation. The editing in this film is exceptional, and for a moment, I forgot that I was watching an independent film. The visual style of Remote is just as good as any big-name company.
The script was incredibly well written, and it is clear that writer/director Marc Roussel put a lot of thought into the story and the cast. All the actors involved in the film did a fantastic, convincing job that make you really connect with the characters. You care about them and their current situation, and you’re just as confused as they are. There are also twists in the tale, which make the script even better. Remote pulls you into its world and doesn’t let you go. I was on edge the whole time. It’s a gripping story that raises many questions.
In order to fully understand how brilliant this film is, I urge you to watch it as soon as it becomes available to a wider audience. “Red Sneakers Media” are exceptionally talented, and I look forward to seeing some of their other work. I’m anticipating more brilliant short films from them.