Happy New Year! Just looking at the new movies set for release in 2013, I can tell this is going to be another fantastic year. But for now, why don’t we review a New Year’s themed movie to celebrate? While I was planning to review New Year’s Evil for today, I could not obtain a copy in time, so now I’m stuck with this even obscurer wad of festive horror “goodness.” From across the pond, we get the British supernatural spookshow…

A group of fun-loving teens are hanging out at a fun fair one summer’s day when they notice a girl being taunted by two punks. The gang saves her from the two greasers, but the two hoodlums give chase to them, and the teens eventually escape by climbing in a boat and sailing out. However, the boat sinks and they find themselves marooned on a mysterious island with an abandoned hotel on it. They find that the hotel is decorated for New Year’s, and pretty soon, strange things begin to happen in tried and true haunted house fashion. Can they escape this hellish place, or will they all die on this bloody New Year?

Shoulda stuck with New Year’s Evil, because Bloody New Year really isn’t that great. Not terribly awful either, but far from ever being good. This is the last feature-length film from B-movie director Norman J. Warren, who also directed the Alien-knock-off Inseminoid, as well as multiple other horror rip-offs. With Bloody New Year, he throws together elements from The Shining and The Evil Dead, but as usual, leaves out everything that made those two movies great. It’s an aimless excuse for a supernatural thriller, despite some scenes that manage to be fun. It really feels like he made a movie just for the sake of making a movie: no vision, no direction, little fun. It feels like by the time shooting commenced, Warren only had only written half the script, and the rest was made up on the spot as they went along. While in some cases that would lead to an unintentionally fun time, here, it’s all pretty bland.

Let’s talk about where this movie went wrong. Numero uno on my list of complaints is the setting. I love the island setting and the hotel is serviceably eerie, but my problem is that the entire movie takes place in the daylight. This effectively butchers the movie’s chances of being atmospheric, which is a shame, given how some of the scenes could have been scary had they been given a nighttime setting.  And with such a festive title, Bloody New Year really doesn’t have anything to do with the holiday! Yeah, the hotel is decorated for New Year’s, but it could have been decorated for Easter or Arbor Day given how much it does with the holiday. I’m really not sure if Warren was trying to be scary or funny, because I find it hard to imagine anyone taking the scene where he attempts to make a vacuum cleaner scary seriously. It’s as if he blindfolded himself, spun around a few times, then blindly threw a few darts around his living room and whatever they hit, he had to make scary. It didn’t work. Of course, the lack of any atmospheric music doesn’t help either. Or the lack of gore (Bloody New Year my ass!). Or the abysmal zombie make-up. Or the lack of everything else.

Yet like most bad movies in existence, Bloody New Year does have some good things to offer alongside the negatives. It has a certain charm lingering about it found only in bad movies, and most of the “scary” parts are almost certain to make you chuckle. However, there are a few moments that could have potentially been scary had they been done with a little more finesse, like when a group of ghosts chase two characters on the beach, and their supernatural presence is only evident through footprints on the sand. There are also some fun ideas to be found, like a tablecloth that turns into some sort of swamp monster and attacks, a head-twisting sequence, a girl getting taken by an elevator wall, a (offscreen) propeller to the face, a movie coming to life, and an explanation for the hauntings that at least tries to be original (even if it’s terrible). And while pretty much everybody in this movie is completely forgettable, the two remaining characters end up being kind of likable. Those are pretty much all the compliments I can pay this movie, unfortunately.

The opening of Bloody New Year is actually a pretty good representation of the movie as a whole. It starts off with this awesome song called “Recipe for Romance” and black and white footage of a 1959-1960 New Year’s Eve party where everybody is having a ball. Now, I was expecting all of them to die horribly in some way a la Ghost Ship while this catchy tune was playing, which would have been really effective. But no; nothing happens, and at the very end, a girl is abruptly pulled into a mirror. That’s this movie in a nutshell; all the ingredients are there, but the execution sprained its leg somewhere on the path. It’s actually quite boring, to put it bluntly. For the most part, nothing very exciting happens with an occasional unintentionally humorous part to keep me watching to the bitter end. The whole thing just goes through the motions, with hardly any care put into the process. If you absolutely must watch this, Redemption released it on DVD, which has since gone OOP, but VHS tapes (with cover art just as funny as the actual movie) can be purchased pretty cheaply online. All in all, not a terrible experience, but far from rewarding. Even lines like, “I wonder what it’s like to do it on a snooker table” spoken in a British accent can’t save this movie! But hey; maybe after (quite) a few glasses of celebratory champagne, this one will go down easier.
The Verdict: Bloody New Year has a lot of good ideas, but when it comes to getting them done, it does so in the most lifeless way possible. If you want to get your festive kicks this year, stick with New Year’s Evil. 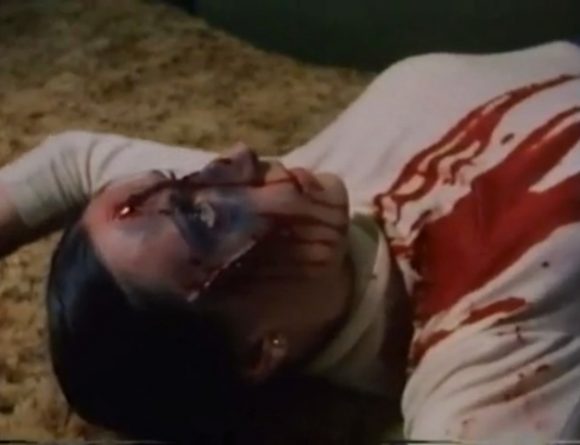 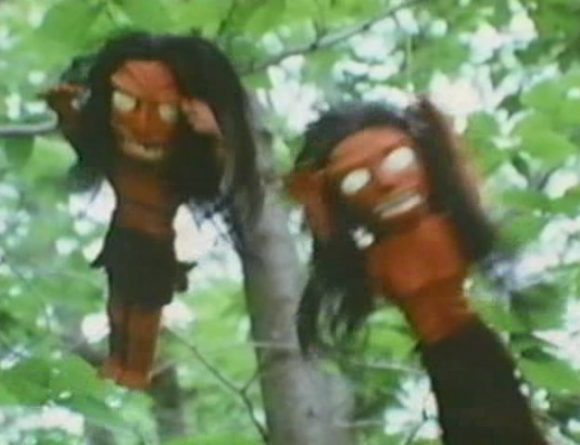 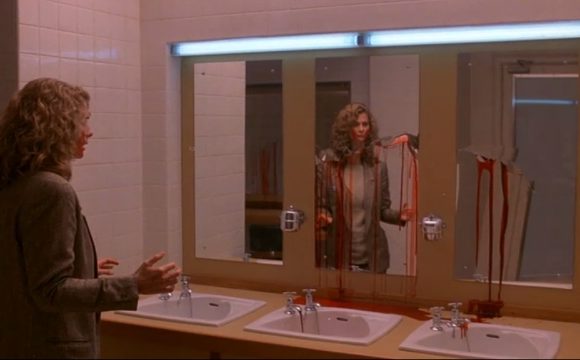