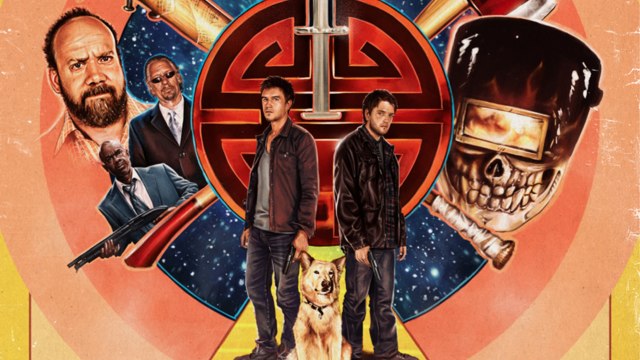 Phantasm director, Don Coscarelli goes above and beyond the usual format for a horror/comedy film. Based on the 2007 novel; John Dies at the End, from writer Jason Pargin (published under the pseudonym David Wong), Coscarelli directed and adapted this comic novel for the screen. It starts out with two college dropouts – Dave (Chase Williamson) and John (Rob Mayes) being introduced as supernatural crime fighters. This introductory scene includes everything that a great independent horror film should have; monsters made out of frozen meat, a door handle that turns into a penis and a woman exploding into a pile of snakes. From then on, the film follows Dave’s account of how he and John became such powerful men, thanks to a new mystical drug named ‘Soy Sauce’. The problem is you can’t choose to take the drug, the drug chooses you.
Though this film didn’t have a massively great budget, Coscarelli pushes what money they did have to the limit and creates something quite wonderful. The majority of the special effects are b-movie standard, however this doesn’t bring the feel of the film down, it just adds to the overall craziness. Some of the best effects were those at the beginning, and as the film progresses you can definitely see that the standards were slipping. As the two heroes; Dave and John meet their opposition at the end of the film, the creature only known as ‘Korrok’ doesn’t seem very thought out and even though it is a main part in the film, he only has a short amount of screen time – which was probably a good idea. Aside from the ending graphics, the rest of the film was more or less faultless.
At times, the plot may get a little confusing since it’s created a whole new mythology, and multiple alternate realties that you will have to keep track of. There are so many small details to keep an eye out for too, they’re not crucial to the plot, but it does make for an even more interesting watch. It’s quite amazing that they managed to condense the novel’s super complex plot down to just less than 100 minutes. Alike with most other novel adaptations for the screen, not all of what’s in the book has made it into the films, but the bits they did choose were fantastic and portrayed outstandingly.
Apart from the horror/sci-fi aspects of the plot, the comedy elements were all excellent. From ridiculous lines to a bit of slapstick now and again, JOHN DIES AT THE END has it all. Not to mention the fantastic cast, especially as the two main roles were given to newcomers; Williamson and Mayes. Even the incredible Paul Giamatti couldn’t outshine these two, although his performance was also brilliant. The best role in the film has to go to The Tall Man himself, Angus Scrimm who plays a possessed priest with some outrageous lines – without doubt one of the most entertaining scenes in the film.
If you’re into the early work of Peter Jackson, Sam Raimi and Joe Dante, then you’re in for a treat with this film. 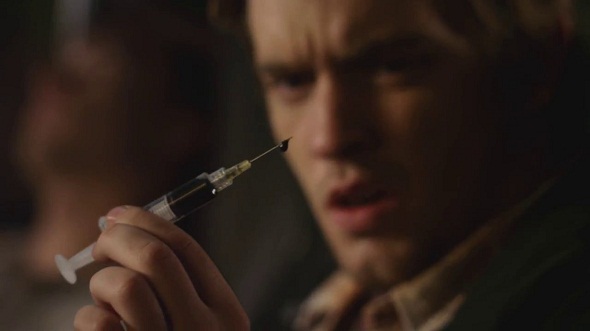