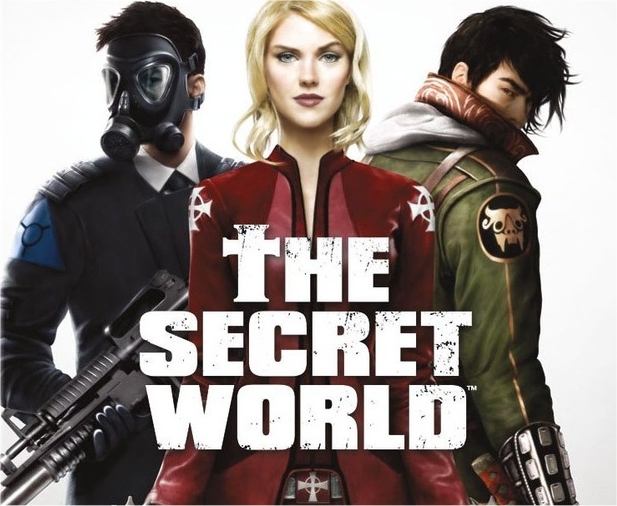 You lay soundlessly asleep in your bed, a long day of work finally over, the window open to let in the cold night air, and just one tiny bee. Your lips parted just enough for the small insect to find it’s way inside, unknown to you in your slumber. Just one small bee granting you powers you couldn’t dream of having in the real world. But this isn’t the real world, it’s The Secret World.

The Secret World is a dark fantasy MMO developed by Funcom, a Norwegian video game developer known best for The Age Of Conan MMO, and it’s earlier adventure game The Longest Journey. TSW  dropped it’s subscription fee last month, in favor of a pay  once to play subscription model, making it easier than ever to take a walk around it’s dark, Lovecraftian world.
TSW stands apart from most MMOs by scraping the typically fantasy world in favor of a dark modern day environment. New players to the game will find them selves starting in either London, New York, or Seoul, and quickly being picked up by one of three factions, the Templar, The Illuminati, or the Dagon. Each of these three factions has it’s own story-line that will progress through out a hundred plus hour journey through some of the darkest environments ever to grace your computer screen.
After joining a faction, you’ll  find yourself whisked away to Solomon Island, where the first of three major stories will play out. Starting in the small town of Kingsmouth, heavily influenced by H.P Lovecraft’s Innsmouth, you will have to deal with the walking dead, and sickly twisted fish people, while helping the remaining inhabitants of the town to survive, and uncover a conspiracy that goes deeper the more you learn. Each person you meet, will have quests for you to do, that are given to you through cut scenes that play out like an animated horror movie, and with a wide range of objectives.
The different kind of quests given out in the game really puts The Secret World on a whole new playing field than your traditional MMO. You will find the generic kill ten zombies quests, but you’ll also find quests that require stealth game style mechanics, as well as investigative quests which really put you to the test, using the in-game browser to follow clues that will take quite a bit of thinking to get around. You wouldn’t want it to be easy to crack a Lovecraftian mystery though would you?

These investigative quests harken back to the Funcom classics The Longest Journey, and Dreamfall, and capture the essence of the adventure game genre in them. You’ll want to keep a pen and paper near by, as you try to work out puzzles that range from finding a name off a website you found on a business card, to researching old Latin verses in a specific version of the bible, to find that one word you need to unlock everything. While making it harder than most MMOs, in so far as you have to think, when you finally get the solution, it leaves you satisfied.
TSW uses a classless skill system, which instead of limiting you to the abilities of one class, allows you to pick and choose your abilities, and tailor then to your play style, what ever you choose that to be. You want to be a healer with a pistol and a sword? Well, why the hell not? You can be anything you want.
The combat in the game can grow to be repetitive at first, but as you start to gain new abilities, it starts to change and evolve with your character, allowing every new ability to bring a fresh edge to the battle, and keep it interesting. Fights go from being easy to quickly being a challenge if you get more than one monster on you, to overwhelming if you trigger a group of them, really giving you a reason to pick your fights carefully. If you find playing by yourself lonely, you can always group up with a friend, a stranger, or try to take on one of the many five-man dungeons.
Where the game really shines is in the atmosphere presented. You’ll notice when you get to Kingsmouth, the first zone, a Silent Hill-like fog, obscuring the features of the town, and hiding away flesh eating zombies. As you wonder the town you’ll notice street names like Lovecraft Lane, Arkham Avenue and Poe Cove, you’ll even be able to find the Overlook Motel, a fun shout out to The Shinning . Each place brings it’s own personality, and dark touches to the game, along with the characters in them, and leave you with a creepy feeling which is unheard of from an MMO.
If your looking for a new MMO to hook you, with fresh game play, and a great sense of style, then The Secret World might just be the right kind of gore infested corpse for  you to sink your teeth into.