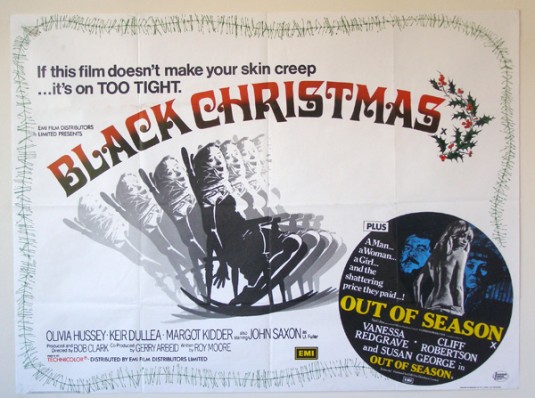 Although there is an abundance of Christmas horror films out there, none of them are particularly entertaining. The majority of the ones I’ve stumbled across are tacky, predictable b-movies that are more comedic than scary. However, Black Christmas is one horror film that is a definite must-see this festive period. It is disappointing that many people are unaware of this rare slasher-horror gem, that was released in the 70’s and ignored, yet they are aware of the terrible 2006 remake.

The story centres around a group of sorority girls that start to receive frightening phone calls from an unknown caller. It brings the idea of “domestic home killings” to the genre, and does it incredibly well. Fans of John Carpenter’s Halloween are likely to enjoy the sense of sadistic-voyeurism this film conveys, through the use of first person camera angles, allowing us to observe certain situations from the killer’s eyes. The killer himself is always shown in shadows, or from the waist down, keeping his identity a mystery throughout the narrative. This proves to be an incredibly effective technique, as it keeps the audience on edge and allows us to make up our own minds about the killer, rather than being spoon-fed information by the director. There doesn’t appear to be any motive for the killer, which in itself makes it better- there’s nothing scarier than a murderer who kills simply because they want to.
Despite the fact I’m usually a fan of gore, this film lacks any. But that doesn’t affect the overall quality of Black Christmas in the slightest. In my eyes, I see it as a very simplistic yet successful slasher film.  It doesn’t rely on over the top special effects, or unconvincing murders to sell the film, and creates an iconic and original story that seems to have inspired many other film-makers, despite the fact it isn’t as well-known as it should be.
The cast is comprised of relatively unknown actors and actresses, though I thought they were all very convincing and brought a sense of realism to the story. They’re just average people, terrorised by a madman. It could happen to anyone, and that’s what makes this film so terrifying. Another thing that’s interesting about the cast, is the fact they don’t abide by the ‘rules’ of slasher characters. The main girl, Jess (Olivia Hussey), wants to have an abortion, much to the disagreement of her boyfriend. The flawed characters in Black Christmas make it so much easier for the audience to identify with them. 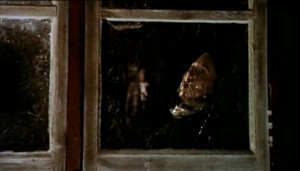 Bob Clark, a director just as unknown as the cast, has combined the right amount of horror and comedy that sometimes we forget we’re watching a horror film, until a sudden murder or creepy phone call kindly reminds us what we’re watching. Black Christmas is certainly different from your average slasher, and it will keep you on the edge of your seat. Though try not to worry about a madman invading your home during your Christmas celebrations this year – it’s only a film…