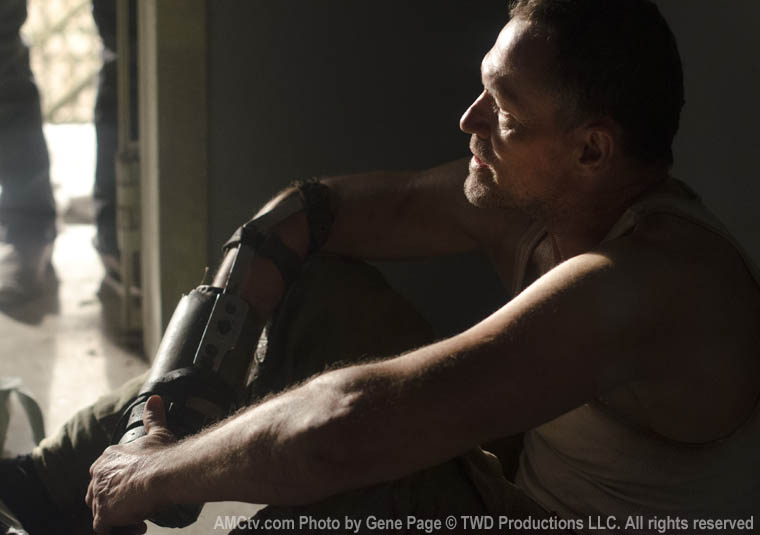 As a head’s up, this is the first episode this season that literally had me staring in shock at the television. Even though “Killer Within” was shocking, I feel rather devastated as I write this. So be warned, there are MAJOR spoilers ahead in the recap of “This Sorrowful Life,” so as always, proceed with caution.
Walkers are on one side of the fence while Rick talks to Daryl and Hershel. “We have to do it today and it has to be quiet,” Rick tells them. Daryl asks if he has a plan. “We tell her we need to talk, away from the others.” Daryl says it’s not them. Rick tells him if they do this, they avoid a fight and no one else dies. “We need someone else,” Rick tells him. Daryl says he’ll talk to him. Then Rick tells him, no, he will do it. 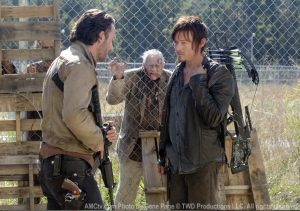 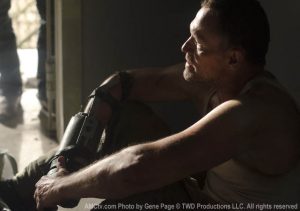 Did you watch tonight’s episode? What did you think? Comment below, or follow me at @WalkinDeadAngie on Twitter! I want to hear your reactions!
“The Walking Dead” (2010)
Starring: Andrew Lincoln, Norman Reedus, Laurie Holden
Creator: Frank Darabont