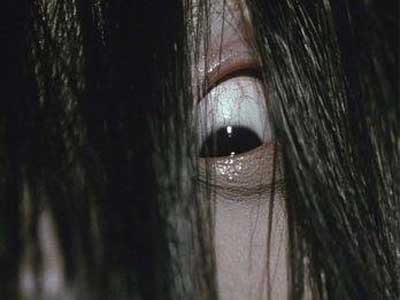 For most Western fans of Japanese-horror films, this  film is  most likely where we started our spiral into horror: Nakata Hideo’s blood-curdling masterpiece, Ringu (or, Ring). This film has been at the forefront of the so-called new wave of Japanese cinema, and has opened the door for many wonderful films to gain their proper respect in the West. Some of notable titles include the two other films in the Ring Trilogy, as well as The Grudge, Dark Water, Evil Dead Trap and Spiral. Of course, this is just a small sampling of films; the list is truly endless.

After record-breaking box office attendance in Japan, critical praise and a lot of hype, along with a dedicated fan-base, Ring has spread from being a national phenomenon into a global success. The central character of Sadako has even been absorbed into popular culture in Japan as well as globally. There was a time when every new movie or video game seemed to be influenced by Ring. Who knew a young girl in a white kimono could freeze your blood?
Ring was based on a series of best-selling novels. It was first brought to the Japanese public’s attention by a TV series which featured many of the actors who went on to appear in the rest of the trilogy. The series proved incredibly popular, and from there, Nakata (already established as a leading horror film director) wrote the film screenplay, along with Hayashi Junichiro and Takahashi Nobuyukia. He assembled an incredibly well-respected cast of actors from stage, screen and also kabuki theatre, and the rest, as they say, is history.
The basic premise of Ring is the existence of a video tape that, if viewed, will set into motion a series of deadly events. First, you will receive a phone call,  leaving you with a mere seven days to live. After some teens view this tape and a reporter hears of the urban myth associated with it, the reporter goes of to try and find the origins of the tape and the truth behind it. What proceeds is one hell of a ride,  that  you will surely want to watch again and again.
The film itself is a truly innovative work. Nakata proved conclusively that you don’t need buckets of tomato ketchup and a special effects budget of millions to make a truly horrifying film (although I’ve seen my fair share of horrifying big special effects budget films: Transformers I’m looking at you!). Ringu is darkly shot and maintains a tense, eerie atmosphere throughout; the film’s high point and infamous final scene leaves even the most hardened horror-fan shuddering. The simplicity of it makes it all the better: all Nakata needed to create it was a simple, faceless figure in a white kimono, and a TV set!
An interesting extra point to note is that not long after it was released, Ring was featured on a Japanese TV show dealing with bizarre and inexplicable events; part of the film’s odd atmosphere might be due to the fact that Asakawa Reiko’s apartment in the film is actually reported to be haunted by the ghost of a young girl who committed suicide in the living room. If you watch very closely, the scene where Reiko is standing on the balcony whilst Ryuji is inside watching the video, at the moment she turns around to re-enter the room, you can see the shape of a girl’s face (not Reiko’s) reflected in the patio door. The production crew swear blind that the image was not superimposed by them, but who can really know for certain? Either way it’s a pretty creepy story, and it just adds to the film’s reputation!
There have been complaints over the years that the film is difficult to follow with a convoluted plot, leaving many questions unanswered even as the third film in the trilogy was released. But for some of us, that only adds to its charm. What audience wants to be spoon-fed every detail? Appreciation should be given to the director for allowing viewers room to think and piece the story together. With subtle points and nods, Ring contains its own mysterious little world, leaving the audiences’ imagination to fill in the blanks.
The atmosphere of the film is greatly enhanced by a fantastic soundtrack, featuring the work of Kenji Kawai, who has had a hand in film soundtracks in Japan since 1986. With an atmospheric film like Ringu, the soundtrack must always complement and enhance it at every turn, and in this facet, Ringu remains at the top of its game.
If you like your horror films psychological, atmospherically creepy, emotionally charged and resonant, than Ringu is the film for you. I have no doubt, in my opinion Ringu is what brought so many of us Western folk to the party as far as Japanese mainstream movies go, and I feel we are all the better for it.