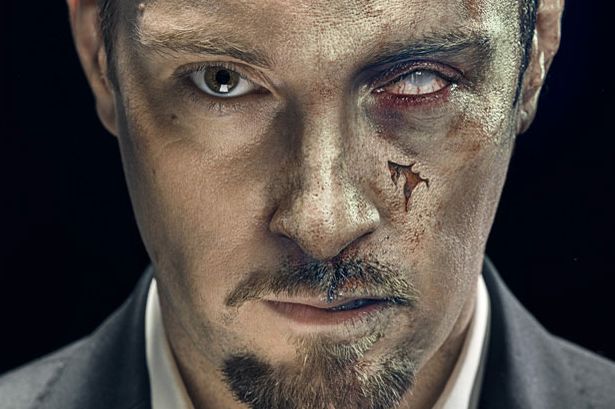 Psychological illusionist Derren Brown began his television work in 2000 with a six-part television series called Mind Control, after he was asked by UK Channel 4 to put together a mind-reading programme. In 2003, he gained significant media attention with his television special Russian Roulette Live, where he predicted where the single bullet in the revolver was located on live TV. The program was aired on Channel 4 and received a number of complaints, as well as being condemned by police officers after they feared people would try to copy the stunt. Since then, he has been responsible for several other controversial television specials such as The Heist in 2006, where he convinced responsible businessmen and women to rob a security van in broad daylight, and Hero at 3o,ooo Feet in 2010, where an ordinary man ‘stuck in a rut’ overcame his fear of flying after Brown convinced him he had landed an aeroplane after the captain had taken ill.
Apocalypse is a two-part television special that aired on Channel 4 on 26 October 2012 and concluded on 2 November 2012. It follows a man named Steven who is given a second chance at life, and to realise how important it really is. Brown chose him because he was suffering from a  ‘lazy sense of entitlement’, through taking advantage of his family and neglecting the relationships he was meant to have with them. To make Apocalypse even more surprising for Steven, he was told his application for Brown’s latest TV special had been rejected.
The amount of work that went into this is overwhelming, and it is clear Brown put a lot of thought into this show. To make this experience more realistic, fake TV and radio broadcasts were set up, Steven’s phone and Twitter feed was hacked, and over 200 actors were used. Apocalypse is as good as any zombie film. In a situation that is similar to Danny Boyle’s iconic 28 Days Later, Steven wakes up in a hospital bed on his birthday with no recollection of how he got there. The last place he vaguely remembers was being on coach when a meteor shower occurred. He soon realises the Earth has been devastated by the meteor shower, and those who are described as ‘the infected’ are roaming the land. He finds out that if you are wearing a blue band, you are safe, but if you have a red one, you are infected. Steven soon encounters three ‘blue-band’ survivors, who Brown crafted to bring out certain emotions within him. For example; the first survivor he meets is a young girl named ‘Leona’  who has been designed to bring out the compassion he seems to lack. Although we all know it never really happened, the thought is quite terrifying. The way they run from the well-acted ‘infected’, the various twists and turns, Apocalypse is truly gripping stuff. It really makes you think; what would you do if this happened? 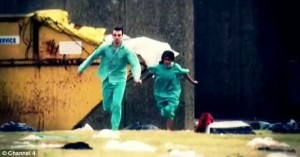 Like many of Brown’s televised specials, Apocalypse has received a number of negative comments. Some viewers found the events to be ‘evil’, as they thought that Steven would be traumatised once it was all over. However, it is very easy to dismiss these comments when you realise just how much work went into this. Due to the nature of Apocalypse, Brown made sure he had a psychologist and medical team present to prioritise Steven’s well-being. He also claimed that a subtle hint had been planted in Steven’s mind to ensure he didn’t suffer an irrational fear of this occurrence once the show was over. In addition to these criticisms, rumours circulated the internet claiming that Steven was an actor and that the entire thing was ‘fake’. However, there is sufficient proof provided by Brown himself that Steven is just an average man who had no idea what was going to happen to him. Some viewers even believed Steven had appeared in a commercial, so Brown posted a video on YouTube depicting Steven and the actor from said commercial to prove otherwise.

If you take the time to research Apocalypse, you will realise just how incredible it really is. Personally, I have always been a fan of Brown as I think his work is very unique and effective. Throughout the two-part special, Steven manages to display leadership skills, sympathy and compassion. When Brown brings him back to reality, the first thing he does is go downstairs to see the family he’d thought was miles away. Recently, it was revealed that Steven has experienced a self-metamorphosis, and is now a teacher who values his life way more than he did prior to the events of the show. In fact, he and Brown have what seems to be a close friendship now. It is implied that he stays in contact with everyone he has worked with, which shows he really does care about those who could be crudely described as his ‘victims’.

You can think what you want about Derren Brown, but despite the fact his work can come across as extreme and ‘unethical’, it always gets results. Apocalypse generated an estimated 2.3 million viewers during the first episode alone. Whether you like it or not, he’s here to stay.