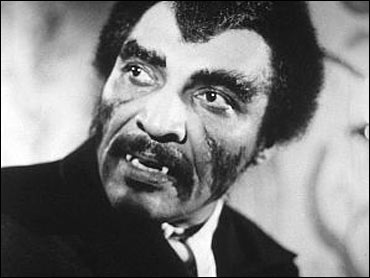 By the dawning of the 1960’s, it seemed the world had seen just about everything left to see. Two wars to end all wars, half the world bombed to hell, mass genocide, the threat of Communist spies hidden throughout society (or, as I like to call it, Paranoid McCarthy Disorder), a new age of technological advancement and, most worrisome for conservative straight-laced parents everywhere, the swiveling hips of a country boy from Mississippi displayed on national television. The wholesome Betty Crocker ideal suburban lifestyle that had so defined the 1950’s was beginning to warp and crumble; there was something new in the air and it touched all aspects of life, including something as simple as the vampire film.
The dark shadowy figures stalking celluloid nights were beginning to give way to a new beast entirely. Hot red blood was splashing across movie screens and the closely drawn ties between vampirism and lust were becoming all but inescapable. Vampires, our suave nightmare mainstays, were evolving into something quite different.

Peter Cushing stars as Van Helsing in this 1960 Hammer film which, in contrast to its title, does not actually feature Dracula. The vampire this film focuses on is instead a Transylvania baron who develops something of a harem composed of a human bride-to-be – an innocent schoolteacher, no less – along with a newly sired vampire bride, and a resolutely faithful family servant. The clearly sexual overtones in this film become apparent with the newly risen vampire Gina, begging her friend, the above innocent schoolteacher, for a kiss, and referencing her siring by the Baron as “letting him love [her]”. Cushing plays his perfunctory role in defeating the Baron, but not before the clueless schoolteacher had become enraptured with him.

Before there was Dracula, there was Carmilla. Joseph Sheridan Le Fanu’s novella about a female vampire predates Stoker’s novel by greater than twenty years, and has served as basis for many films that play upon the abstraction of gender roles created when introducing evil in the form of a wily young female; Blood and Roses is one such film. Originally titled “Et mourir de plaisir” (or, poorly translated by a non-native French speaker ‘The Death by Pleasure’), Blood and Roses tells the tale of a woman possessed by a vampiric ancestor. The film plays with ideas of female sexuality and madness, leaving the viewer to question whether the possession ever took place at all, or if it was simply a lustful madness in the mind of the woman supposedly taken over by the vampiric spirit. A 1964 film titled Crypt of the Vampire stays closer to the novella’s storyline, stars perennial vampire favorite Christopher Lee, and carries much of the same atmosphere this French film creates.

This 1967 film, directed by controversy-courting Roman Polanski and starring his ill-fated wife, Sharon Tate, is a cult classic that takes a tongue-in-cheek look at vampires films of bygone eras, but remains straight enough to be considered a horror film and not necessarily an outright comedic farce. Unlike earlier horror-comedy films, such as the Abbott and Costello movies, The Fearless Vampire Killers shies away from slapstick comedy and relies instead on clever comebacks and innuendo for its humor. Extremely lavish is set and costume, the film looks bright and almost lush when compared to its more spartan predecessors.
Sadly, the re-edited American version of the film came across as disjointed, as it had been cut, rearranged and renamed (The Fearless Vampire Killers, or, Pardon Me But Your Teeth Are In My Neck) to appeal to an entirely different audience. At the present time, no known copies of the original, unedited film exist for public consumption, leaving only the badly edited version available for consumer purchase. We can only watch the hack and slash job that MGM did to the film to try and understand what might have been.

In a departure from many Dracula films, and in spite off its ridiculous title, Blacula presents the interesting concept of an African prince who had encountered the Transylvanian Count and had himself been turned into a member of the undead. The prince finds himself trapped inside a sealed coffin which, centuries later, finds its way to Los Angeles. Once freed, he becomes enamored of a woman resembling the wife he lost so long ago and becomes to determined to win her heart. While today often cited as a farce or exploitation film, Blacula, in spite of its title, had a decent and compelling storyline. However, a follow-up film, Scream Blacula Scream, bordered more into the ridiculous and that, paired with some poor attempts at humor in the original film, have branded a passable vampire film as nothing more than a joke. Though the prince’s facial hair probably helped with that.

There were many, many, many Dracula films produced during the 1970’s, ranging from the barely passable studio releases to the out and out ridiculous made-for-television films. Andy Warhol’s Blood for Dracula stands out from the pack as something just unique enough to make it interesting. Here we find no strong, suave Count, but rather a weak and defeated Count who is forced to flee to a rural town in search of his only hope for survival: virgin blood.
In an interesting point of commentary on society of the era, Dracula’s hopes are soon dashed when it turns out that even rural, religious, supposed ‘good girls’ are dallying with boys; their tainted blood only serves to weaken him further, a relic of the distant past unable to function in the day’s society. Udo Kier stars as the Count, and his unique expressions play well into this story of vampire lost in modernity.

Though this adaptation of the Stephen King novel by the same name is technically a made for television production, it truly cannot be denied its place in the history of the modern vampire film. Lacking extreme gore but extremely heavy on atmosphere, this film tells the story of author Ben Mears, returned to his hometown to write a story that had been nagging at him for years, namely that of the local supposedly-haunted house on the hill, the Marsten House. Coinciding with Ben’s arrival in town is that of the mysterious Mr. Straker and his unseen companion, Mr. Barlow, who have taken up residence in the brooding Marsten House. Almost immediately, strange things begin to happy in ‘Salem’s Lot, including the deaths of local schoolboys and even the gravedigger. The lead vampire’s look is a throwback to Nosferatu, with elongated ears and fingers, and an unearthly glare. With creepy scenes that seem almost too dark for television – a levitating vampire boy, whispering from outside his brother’s bedroom window, for one – the moody, frightening film set a new standard that would carry on into the next decade.
And with that, we end out look at these two decades. The 60’s and 70’s are over, and you didn’t even have to wear a polyester leisure suit or do the Hustle. Now THAT would be scary.
Coming next? Vampires go from punk to fop in the 80’s and 90’s.
Be sure to check out the first part of this series, Vampires on Film 1900-1950’s.