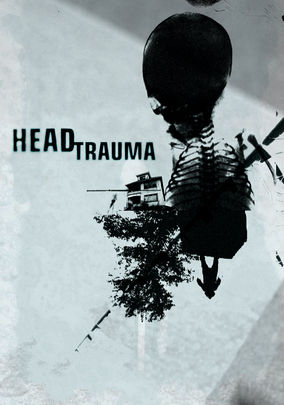 There is a sense of foreboding in the air as George Walker (Vince Mola) reaches the dilapidated former home of his grandmother. Though it has been five years since her passing, George is only making his way back to the house he once lived in to stake his claim for the property. Unfortunately, the odds are stacked against him. The house is in shambles, and on his very first foray inside, he is accosted and thrown off the front porch by a neighbor (Jamil A. C. Magnan) who thought he was a vagrant. Throw in a possible saboteur across the street (Jim Sullivan) and a series of increasingly vivid and frightening nightmares, and George faces an uphill battle.
The idea is compelling; as George struggles to get the house into shape and stop if from being condemned and slated for demolition, he is haunted by a mysterious hooded figure and a series of frightening nightmares. Someone is in the house at night, sabotaging the work he is attempting to do and leaving strange messages behind. It all adds up, but to what exactly? George’s nightmares press the image of a young girl being hung from a tree, though he doesn’t know who she is or when it might have happened.
In the starring role is Vince Mola, who seems to struggle in the part. George is never a likable protagonist; from the start he seems more like the creepy drifter you wouldn’t want to sit next to on a bus than the hero you’d want to root for. While the unsettling performance, if done properly, would have added to the eerie feel of the film, Mola’s portrayal seems almost accidental, as though the awkwardness ascribed to the character is less of a purposeful portrayal than a failure to create a believable performance.
The other actors have similar problems, with many bouts of dialogue coming off jerky and clumsy. Jim Sullivan is a walking cliché as the angry across-the-street rival Chester, and Meryl Lynn Brown’s motherly next door neighbor seems too forced. The best performance in the film comes from Jamil A. C. Magnan, a relative newcomer, who does a commendable job as Julian Thompson, a teenage boy and aspiring comic artist who ends up assisting George in his renovation. The only problem with Magnan’s performance, oddly, is his image; he seems to look too old to be playing a teenage boy.
The main problem with this film comes from the disjointed storylines. While reality slipping seamlessly into hallucination and dream states is a common aspect of horror films, the regularity with which is happens in Head Trauma is a total overuse of the device. To make it worse, the terribly overused cliché of false wake-up—that is, a character “waking” from their nightmare, only to find themselves still under attack and then “waking” again to reality—comes into play.
There a lot of things that can take a viewer out of the intended feel of a movie, and in films that try to create an aura of confusion or displaced reality like Head Trauma, it is essential that steps be taken to keep the viewer in the proper frame of mind. However, Head Trauma has a single moment that, for some people, can break the subtle web that the film tries to weave.
Interspersed throughout the film are moments where George receives handwritten messages that are identical to the ones he hears in his dreams. One particular message is found scrawled on piece of paper in awkward, broken handwriting is, GEORGE YOUR DEAD. From that moment on, I sat waiting for an explanation of the obvious grammatical error. Was it only half a sentence? Will something happen to reveal a new twist that only an astute viewer might have noticed? Unfortunately, no. When it became obvious that this was no hidden clue towards the inner mystery of the story, the spell was broken. I spend the latter half of the film wondering how in the hell did that get to print with no one noticing?!
Throughout it all is the feeling that something is missing. There is no unifying element to the film, as though scenes were written independently of each other with no thought to later coherence. The characters aren’t very likable, the setting itself seems off—the supposedly spooky house is just too bright.
The verdict? It was a promising concept and a very imaginative idea, but it falls short of what it might have been, with proper casting and editing.
Note: This review originally appeared on FilmMonthly.com
“Head Trauma”
Starring: Vince Mola, Jamil A. C. Mangan, Brandee Sanders
Director: Lance Weiler
Writer: Brian Majeska, Lance Weiler
Studio: GFI
Rated: Unrated
IMDB