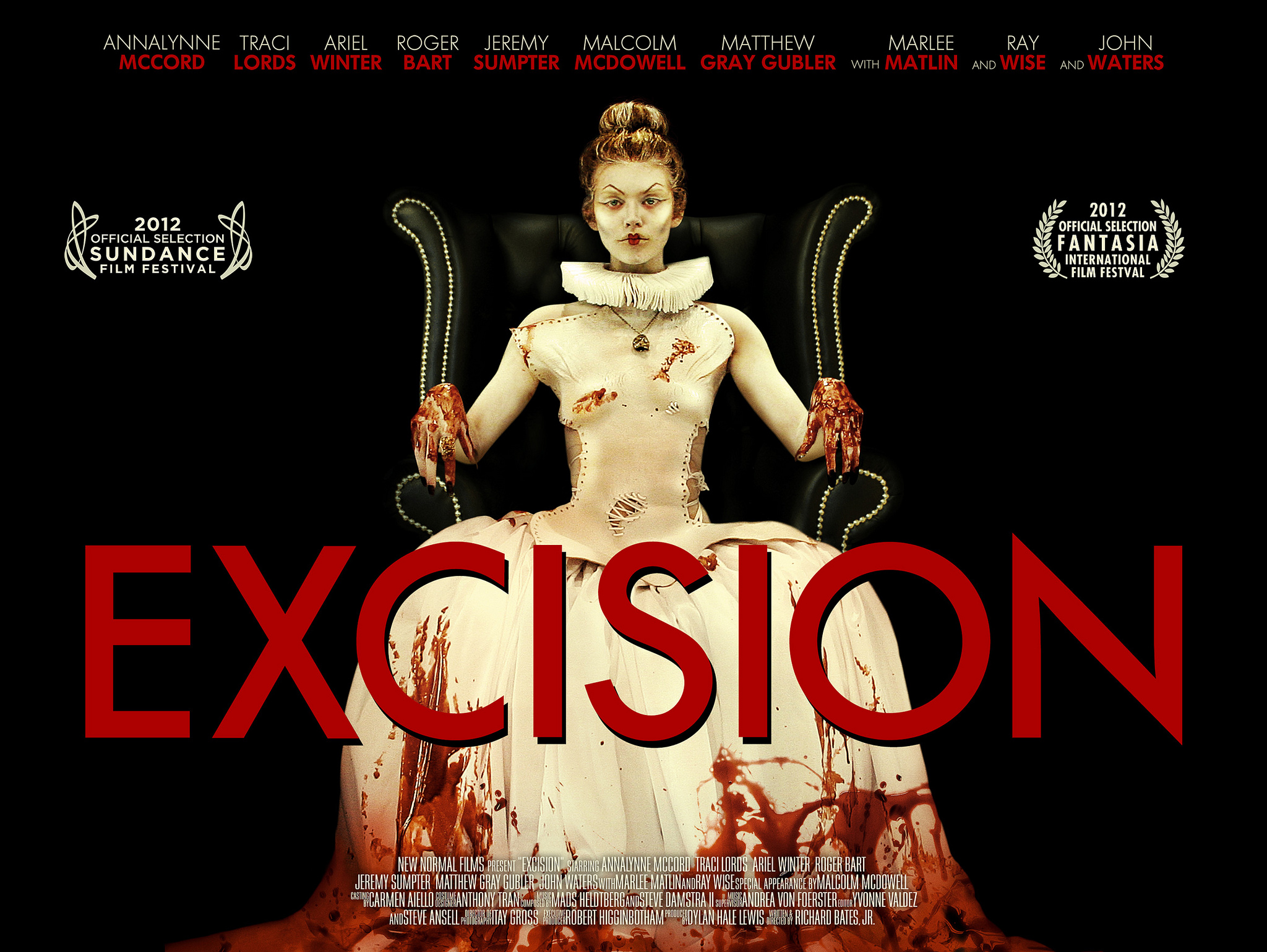 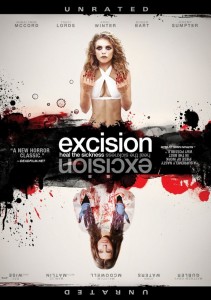 I first read about Excision when it was featured in Film4’s FrightFest All Nighter this past year; after reading the synopses of all the films, I concluded that this one sounded superior to the others, and I can assure you, it did not disappoint. When I finally got the chance to see it, I was unsure what to expect. It was a film by a previously unknown director and writer, Richard Bates Jr, that had been adapted from an 18 minute short  he had made in 2o08. Converting a short film into a feature length one is always risky, as you have a much larger time frame to cover, and you have ensure you do not bore the audience or go off track. Bates deserves great praise for making the jump from 18 minutes to 81 and still managing to create a fantastic film.

Lead character Pauline (AnnaLynne McCord) is 18 years old, and dealing with everyday situations such as family, school, physical appearance, and relationships. What I really liked about the film was how accurate it was, though coming from a male perspective. It mustn’t be easy for a male director/writer to construct life according to a teenage girl, but Bates seemed to know exactly what he was doing.  The protagonist of this film is far from an ordinary teenage girl: she is delusional, and yet still has aspirations of becoming a surgeon. She is an outcast at school, her mother is religious and controlling, her sister is suffering from Cystic Fibrosis, and she has horrific dreams that she finds stimulating.

Unlike most lead females in the horror genre, Pauline is very unattractive. She has a very skinny body, her hair is greasy, and she wears no makeup. I admire McCord’s bravery for agreeing to play a character that is very different from her usual work, in TV shows such as 90210 and Nip/Tuck. Traci Lords, in the role of Pauline’s mother, did an amazing job in a persona that is a far cry from her usual sexpot characters, and brought shades of Margaret White in Stephen King’s Carrie to the role.

The dream sequences are beautifully shot, and although they are very disturbing, I was unable to take my eyes off them. They depict a much more sexually attractive version of Pauline in a variety of gruesome scenarios. I found them to be both repulsive and artistic at the same time, and I liked how they became more and more severe as the film progressed.

Although the film has a relatively slow pace to start off with, it definitely makes up for it during the last half an hour. Excision has one of the most shocking and abrupt endings I have ever witnessed, and I was genuinely sad that it had ended so soon. Overall, I thought this film was very well done; it was unique, shocking, and even funny in places. The characters are easy to connect with, especially Pauline, who you really do start to feel sorry for as the film progresses. I recommend this film to most horror fans, especially those who enjoy something a little different.