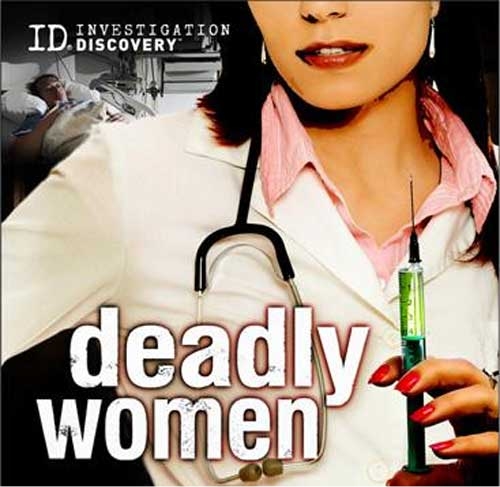 Among the collection of educational television series produced by the Discovery Network is a creepy little gem aired on the Investigation Discovery channel, a true crime documentary series called Deadly Women. 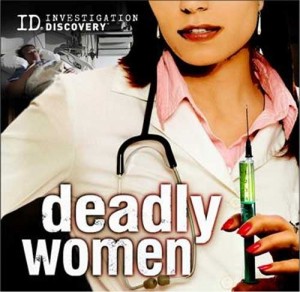 With help from former FBI profiler Candice DeLong, Investigation Discovery has collected the stories of dozens of female killers, running the gamut of strange psychological afflictions generally unheard of in the primarily male-dominated true crime documentaries often aired on the network. The series combines eyewitness accounts with reenacted scenes of not only the circumstance leading to the murders being profiled, but also of the murders themselves, alongside clinical and investigative information provided by DeLong. 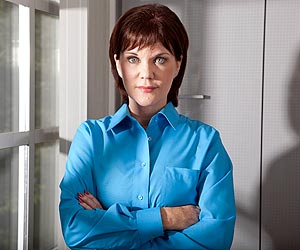 Focused exclusively on women who kill, Deadly Women gives very intriguing insight into the often complex psychological issues that lead women to murder, and highlights not only crimes recently in the news, but also historic instances of murder dating back centuries. DeLong provides a refreshingly modern look at the impetus for crimes often ascribed no rhyme or reason, all the while taking a closer look at the sociological and psychological implications of female murderers.
Any true crime buff would enjoy this series and its focus on the so-called fairer sex. While profiles of serial killers and male murderers are first and foremost in the true crime genre, this centralized look at women who kill and explores the varied causalities of their violent behavior. The inclusion of legendary profiler DeLong not only provides greater insight into the crimes, but also makes clear that though women can be just as violent and evil as men, they can also be the hero – like the decorated former FBI agent herself.
The only real complaint with the series comes in the form of a problem that plagues many true crime documentary style programs: the dramatic recreations occasionally leave something to be desired. Though seemingly well-produced, it becomes apparent very quickly that the reenactments must surely be produced in Australia: everyone seems to have an Aussie accent, even when they’re trying to portray a southern American woman or an 18th century Englishwoman. That being said, it is fairly easy to ignore.
Overall, the series presents an intriguing specialized view into true crime that should appeal to crime buffs and horror fans alike. Definitely worth the time to watch – definitely some ‘tune in tv’!