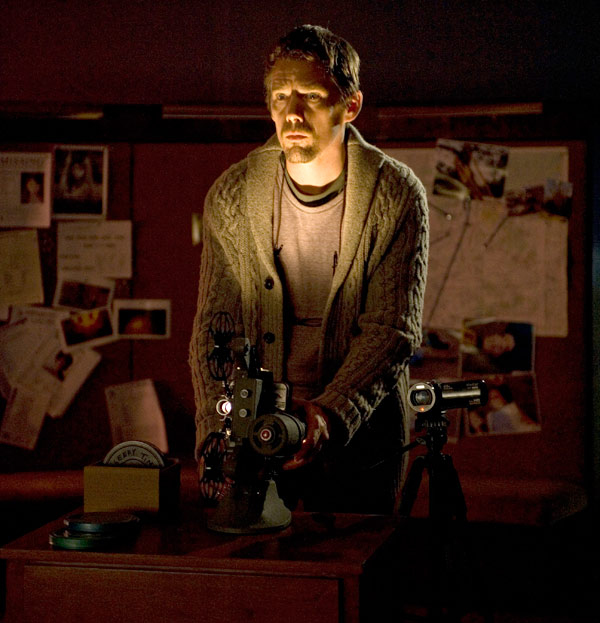 I’ve wanted to see Sinister since I first saw previews for it months ago. I should note that I rarely ever go to theaters to see movies unless it just seems like I won’t get the experience if I don’t see it on the big screen (think Jurassic Park). So I didn’t go to the theater to see this one. And while I did like it, I’m glad I didn’t spend the extra money to sit in theaters for it because it’s not one that really required the surround sound and large screen to get the gist of the film. 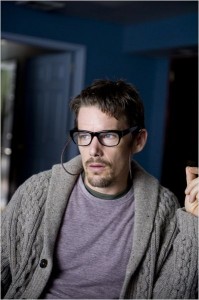 After a disturbing opening scene, the movie switches to something that is seemingly innocent enough, with true-crime writer Ellison Oswalt (Ethan Hawke) and his family moving into a new house. Immediately he’s asked by the local sheriff to leave town. It seems the older man doesn’t appreciate Ellison’s previous true crime books that paint law enforcement in a less than stellar light. He’s also unimpressed with the fact that Ellison has moved his family into the very house where the previous family was killed. Ellison, however, hasn’t told his wife and two children this information. He’s determined to write his next best seller about the crime, and make sure justice finally prevails. 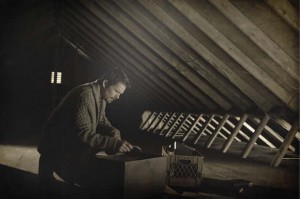 He finds a box in the attic that contains an old time movie projector and several reels of film, labeled things like, “Family Hanging Out.” Which of course, turns out to be footage of the previous occupants of the house, who are then hanged in the tree in the backyard—except for one, the young girl in the family named Stephanie. Each film reel reveals another gruesome set of murders that took place. Immediately strange things begin happening, though only Ellison seems to be aware of them. In the middle of the night, he is repeatedly woken by the sound of footsteps, and the sound of the movie projector running—by itself. 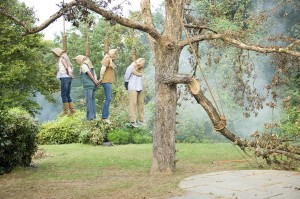 There were several points in the movie that made me jump because of unexpected movements or sounds. While the continual darkness in the film did indeed make it eerie, I found myself skeptical and even slightly annoyed. The main character was a writer, and coming from someone else who’s a writer, I can tell you that I value my eyesight dearly and question why Ellison never seemed to want to turn on a light! Not to mention that all these creepy things are happening at night and turning on a light might be a better choice than using a flashlight. I understand that in scary movies it helps set the mood, but I also want some logic to the character’s actions. Maybe that’s just me nitpicking. 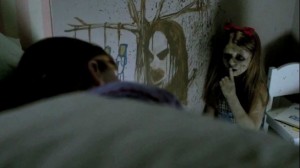 Overall I thought it was a well-done movie, and wouldn’t protest seeing it again because I always seem to catch things the second time around that I didn’t notice the first time. I won’t spoil the ending for you, but I will admit that I didn’t see the twist in the story coming, and I usually do. Have you seen “Sinister?” If so, what did you think?
“Sinister” (2012)
Starring: Ethan Hawke, Juliet Rylance
Director: Scott Derrickson
Writer(s): Scott Derrickson, C. Robert Cargill