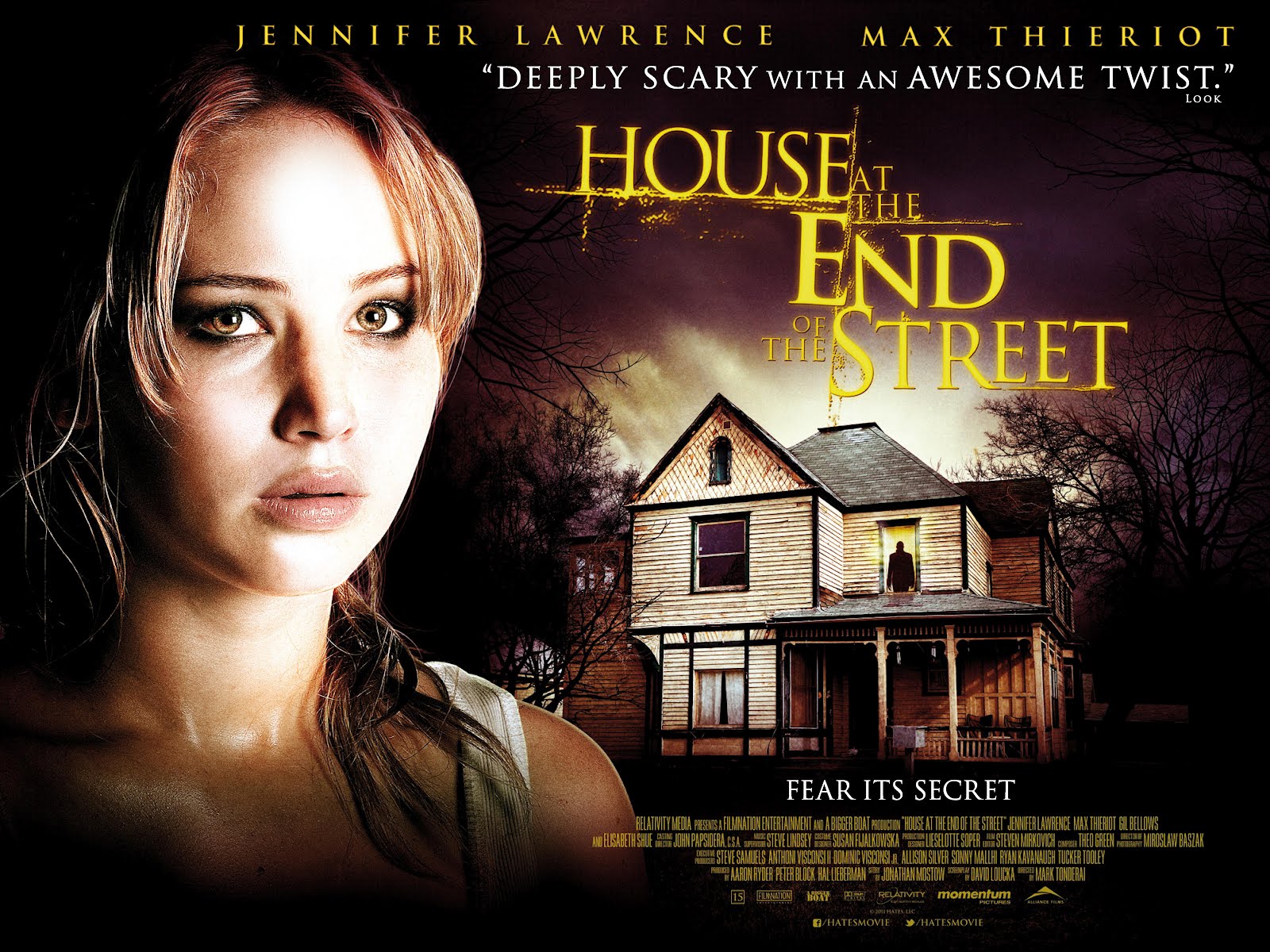 The House at the End of the Street wasn’t at all what I was expecting. It was better. This is one movie that fellow horror fans need to see if you haven’t already. There’s a unique story with a twist at the end that I didn’t see coming, which always gives a film bonus points in my book. 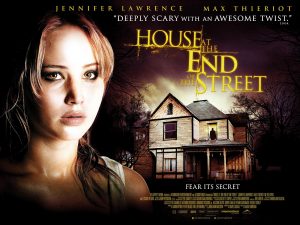 The movie tells the story of Sarah (Elizabeth Shue) and Elissa (Jennifer Lawrence), who’ve recently moved from Chicago to a rural town full of snobs. They move into a house that is next door to what they mistakenly believed to be an abandoned home that belonged to a couple who was murdered years before, by their daughter who’d suffered a traumatic brain injury after an accident when she was a child. Elissa is a typical teenage girl who alternately gets along with and then fights with her mother over things like boys next door. Next door in the supposedly abandoned house in fact. 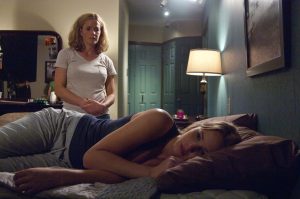 As it turns out the son of the murdered couple, named Ryan (Max Thieriot), has been living there for some time. He and Elissa strike up a fast friendship when he drives her home after a date gone wrong with another neighborhood guy. But Ryan is holding a dark secret…in his basement. And the closer Elissa gets to the truth, the closer she and her mother get to having an abrupt end to their new lives.
I’m not going to spoil it for you, but let me tell you that what I thought was going on was decidedly NOT what was really going on. You’ll have to watch and see for what I’m talking about. Trust me, it’s worth your time. Jennifer Lawrence delivers an outstanding performance (no shocker there), as do Shue and Thieriot.