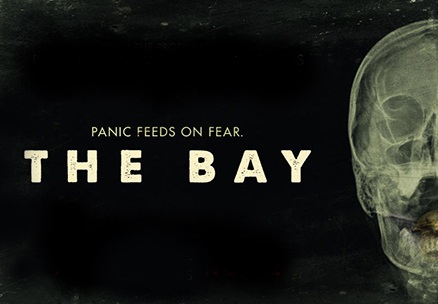 You may wonder why the Oscar award winning director; Barry Levinson, decided to work on a found footage horror film, which is leagues apart from his usual drama films. After watching THE BAY however, it is clear that this film was made to the highest quality, with an amazing and thought provoking storyline. Though this primarily a mockumentary, the events that occur in the film are all extremely plausible and even the creature that causes all of the destruction is genuine.
Amateur reporter Donna Thompson (Kether Donohue) sets out to document the 4th July celebrations around the Chesapeake Bay, Maryland. Halfway into the day though, numerous people start to get infected with an unknown virus. As the local hospital staff work with the CDC to try and work out what the problem is, the virus soon spreads to the whole town. 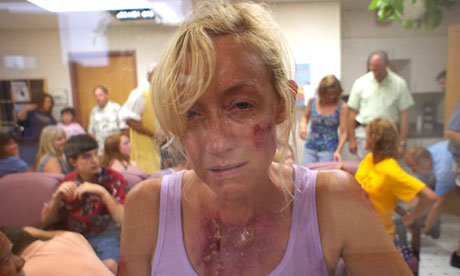 The best part about this film is the narrative, it’s not the usual type of found footage film where the protagonist is the one filming everything. Instead, it’s seen from various people’s points of view and uses countless types of media, such as; Skype conversations, hand held cameras, facetime on the i-Phone, security cameras, news reports and hand held cameras. By having a lot of different points of view, it meant that there are a lot of characters to follow. Fortunately, it was extremely easy to watch and to understand each character’s situation. Unlike other horror films with a large cast, I found myself becoming attached to the majority of the characters, and when their fate unfolded on screen, I actually felt incredibly sad. It was distressing to say the least.
Most found footage films rely on jump scares to shock the audience; however, THE BAY paces itself to build up the tension, and manages to keep the audience on edge until the very end. There are still some scares in the film though, and scenes with sickening gore. The amount of gore was just right, it wasn’t over the top to try and disgust the audience, but it was fascinating to look at, as it could actually be real. Realism is the films strongest point, horror films work so much better when they intentionally base the plot on real events. In a recent interview, Levinson stated that THE BAY is “80% factual” and was originally going to be a documentary.
On the whole, the film works extremely well as a horror and will definitely make viewers feel uneasy. THE BAY is disturbingly realistic and focuses on human behaviour and social commentary, instead of just using worn-out techniques to scare the audience. 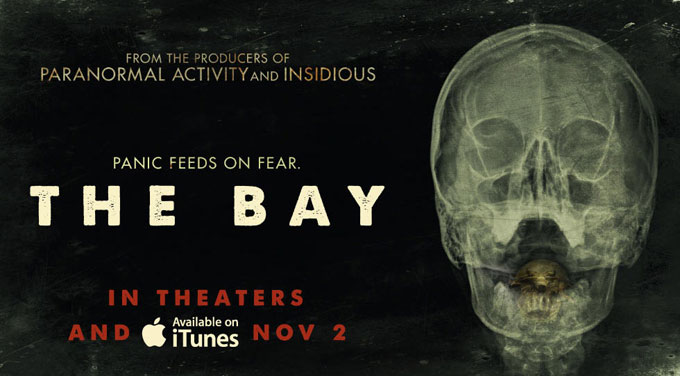