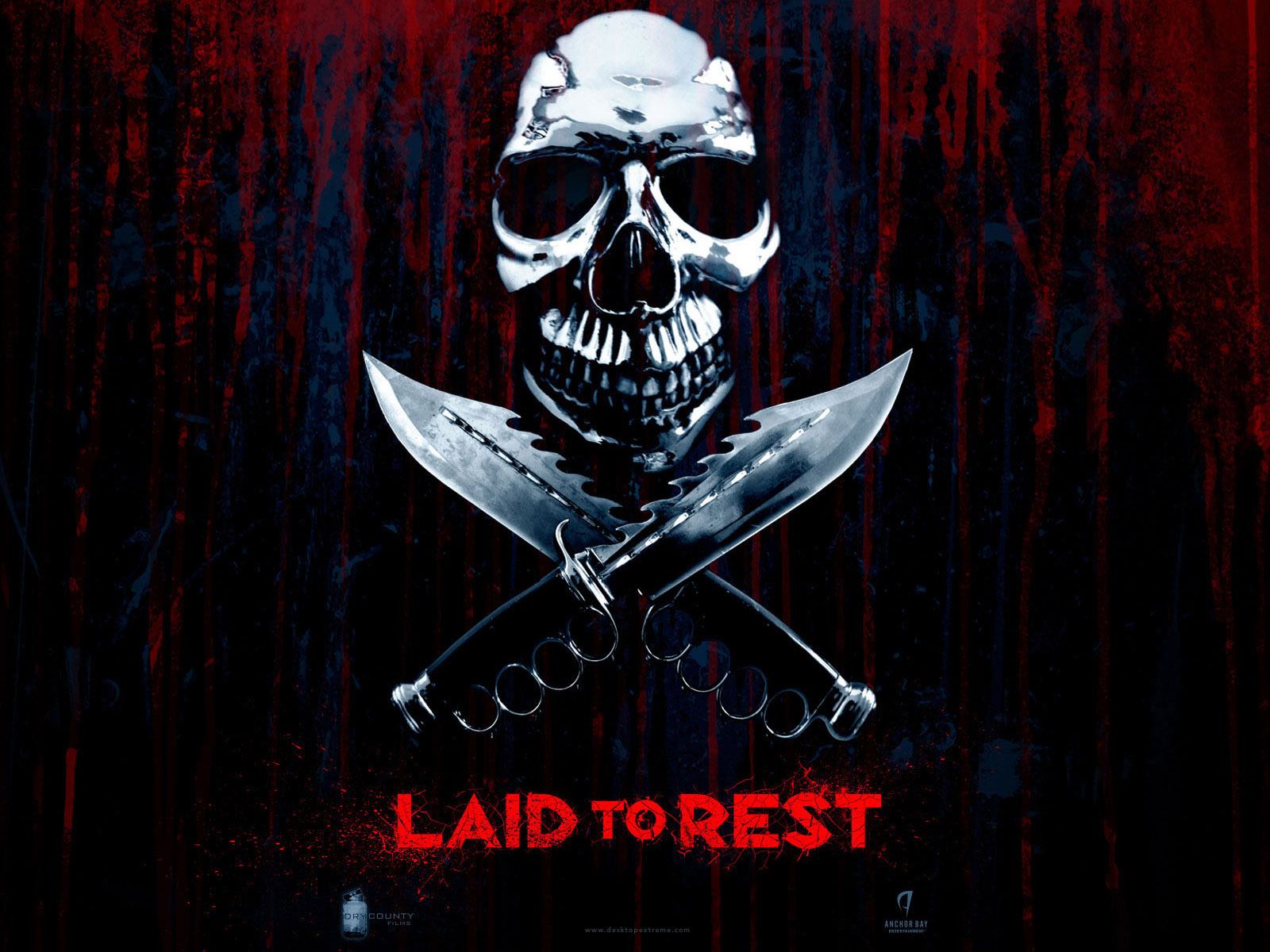 LAID TO REST is a low budget horror/thriller film, from the mind of one of America’s top special effects artists; Robert Hall. The film opens with a girl (Bobbi Sue Luther) trapped inside of a coffin, she forces her way out, and due to a traumatic head injury she doesn’t remember anything – not even her name. Her abductor ‘Chromeskull’ (Nick Principe) appears, and tries to capture her again to finish what he started. She soon realises that he is hunting her down, and tries to survive the night in a very isolated town. The rest of the film is basically an 80 minute chase scene, in which she comes across a fair few other characters that try and protect her.
I was disappointed at the amount of stupid decisions that characters made, instead of running away from Chromeskull and into a populated town, they kept going back to the same buildings they encountered him in. The main three characters were definitely some of the most dim-witted I’ve seen in a film. Even for a low budget horror film, it was bad. In the first few minutes ‘The Girl’ keeps calling the coffin a ‘dead box’ and only knew the number to call 911 thanks to a handy post-it note on the wall. I mean, she couldn’t remember these small things, yet she remembers how to drive a car.  A reason that she came across so unintelligent was because the actress who played her was incredibly bad. Her performance wasn’t very believable and she spent the majority of the film crying, or screaming out for help. Needless to say, it was still interesting to watch.
Although there is no back-story given for Chromeskull, he is hinted at being a surgeon a few times throughout the film. Even though a back-story would have been nice, (because I would have liked to have found why he’s going around killing everyone in sight); I feel that the mystery works better in this case, even better than the mystery of Michael Myers in HALLOWEEN. Knowing that Chromeskull is some kind of professional and that he may well have been saving lives every day makes his past so much more intriguing. I also love the fact that his face is never shown in full, we just see parts of it and of course, his infamous mask.
The greatest and best part of the film was BY FAR the visual effects and how amazingly thought out the kills were.  Although the majority of killings were done using the same knives, each of them was unique and entertaining. The best ones included a face being split in half from the mouth, a face being filled up with liquid then exploding from the pressure and a man’s skin literally being peeled off. Thankfully, Robert Hall has spent the last 16 years doing special effects exclusively, so the effects in LAID TO REST are almost faultless, and extremely stunning. The scene that involved the demise of Chromeskull reminded me of old Troma films and b-movies, except it was of a much higher quality, which was definitely fun to watch.
Even though this film has a lot of bad acting, a lot of bad decisions and not much explanation for Chromeskull’s actions, I sill thoroughly enjoyed the film as a whole. It was mainly down the brilliant screenplay and Chromeskull’s mysterious character. This film wouldn’t be for every horror fan out there, but definitely the hardcore slasher fans that enjoy a lot of gore. 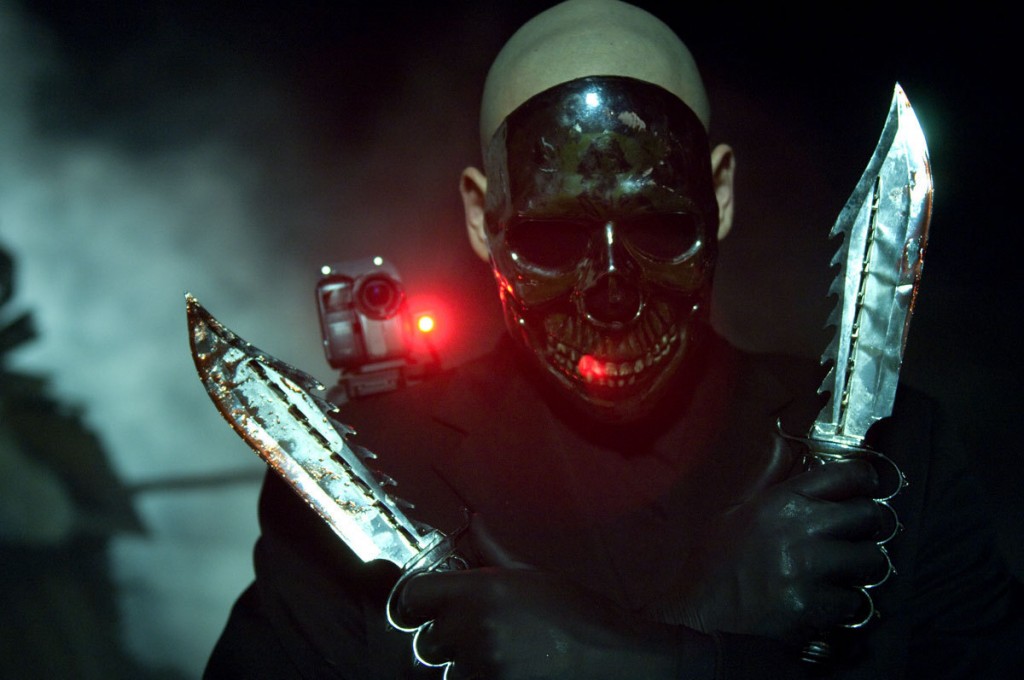