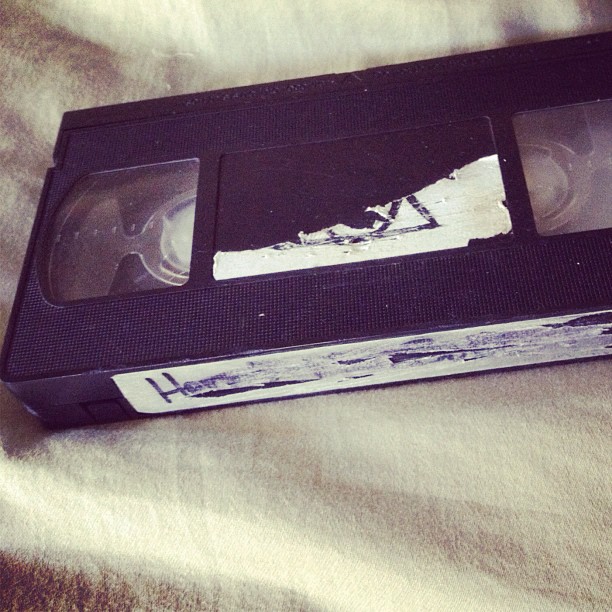 It was confirmed today that there would be a Paranormal Activity 5, being released in time for Halloween 2013, but other news about the film surfaced as fans looked into the franchise more.
On several social networking sites, a man named ‘Jacob Degloshi’ has been posting information about his house being haunted and finding mysterious VHS tapes in his daughters luggage. On twitter, he posted a photograph of his daughter with her best friend – who is actually Alex from PA4. Also, one of the VHS tapes he found (which has part of the coven’s symbol drawn on it), he posted a link to it on his Facebook and it was actually a video of Katie and Krisi from PA3 being filmed by their grandmother. Kristi is pretending to be pregnant and says the line ‘His name is Hunter’, then Katie steals the item that was supposed to be Hunter and runs off with it, foretelling what actually happens in the future.
Could Jacob be the star of the next film? I guess we’ll find out in the next year. It looks as if this is definitely the start of the viral marketing for Paranormal Activity 5. Follow his accounts here and watch the story unfold!
https://www.facebook.com/mrjacobdegloshi
http://www.youtube.com/user/jacobdegloshi
https://twitter.com/JacobDegloshi