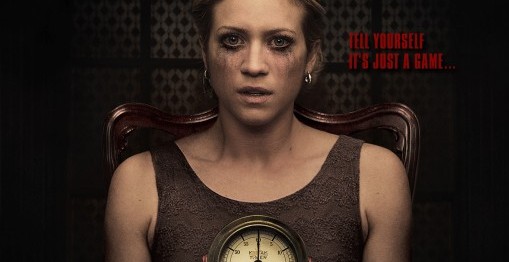 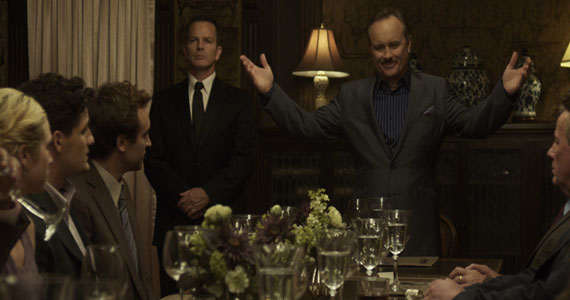 Take a harmless party game such as would you rather, add an overly rich, sadistic man and you’re left with this film. What starts out as a way for Iris (Brittany Snow) to get medical treatment for her sick brother, turns into literally the worst night of her life.
Shepard Lambrick (Jeffery Combs) invites Iris to a mysterious dinner party with the promise of unlimited money to get out of debt and to pay off all hospital bills. Strangely enough, she doesn’t ask any questions about the game or how it would work, which is very dubious. However, after agreeing to attend and being chauffeured there, she soon meets the rest of the guests who are somewhat introduced to the viewers. Somewhat meaning we don’t find out their reasons for being there, only their names and approximate ages.
At the start of the dinner party, the rules of the game are explained extremely vaguely, and only once they agree to play it do they find out that only one member of the group will survive, and if they try to forfeit the game and leave early, they get shot in the head. Sounds simple enough, yeah? Well, this is where things start to pick up. Lambrick finds out that Iris is a strict vegetarian, so offers her some money to eat a steak in which she accepts straight away. He then finds out that Conway (John Heard) is a recovering alcoholic and without any remorse, offers him $10,000 to drink a glass of wine – safe to say that his reaction to this offer is a little different than Iris’.
The first round of Would You Rather starts off with an easy electrocution game, in which each contestant has to choose between two people who to send an electric shock to. It’s at this part of the film do we see the most character development and work out who’s going to be the saviour in the group, and who’s going to be a traitor. Each round gets tougher and the contestants drop off one by one.

One of the more hard-hitting scenes included a razor blade and an eyeball – definitely not in the style of Un Chien Andalou (1929). But what’s so great about this scene is that it’s not the action taking place that is most interesting to watch, it’s how the characters communicate to one another, and how they deal with the outcome. Most of the unpleasant scenes are set out this way, which shows that the film is character driven and is created by a well put together screenplay.
The most surprising performance came from ex-porn star; Sasha Grey. She manages to play a convincing character, full of teen angst and no remorse for her actions. Out of the main group of contestants, she was the one who was most interesting, and not because she was necessarily likeable  but because of her tough façade.
Thankfully, this indie horror doesn’t try to amazing, because it simply is amazing. Many other films made independently overuse gore to make it controversial and get attention, but Would You Rather takes a step back from that and concentrates on the psychological side to a very torture porn-esque concept and leaves you with an ending that you will not forget in a hurry. 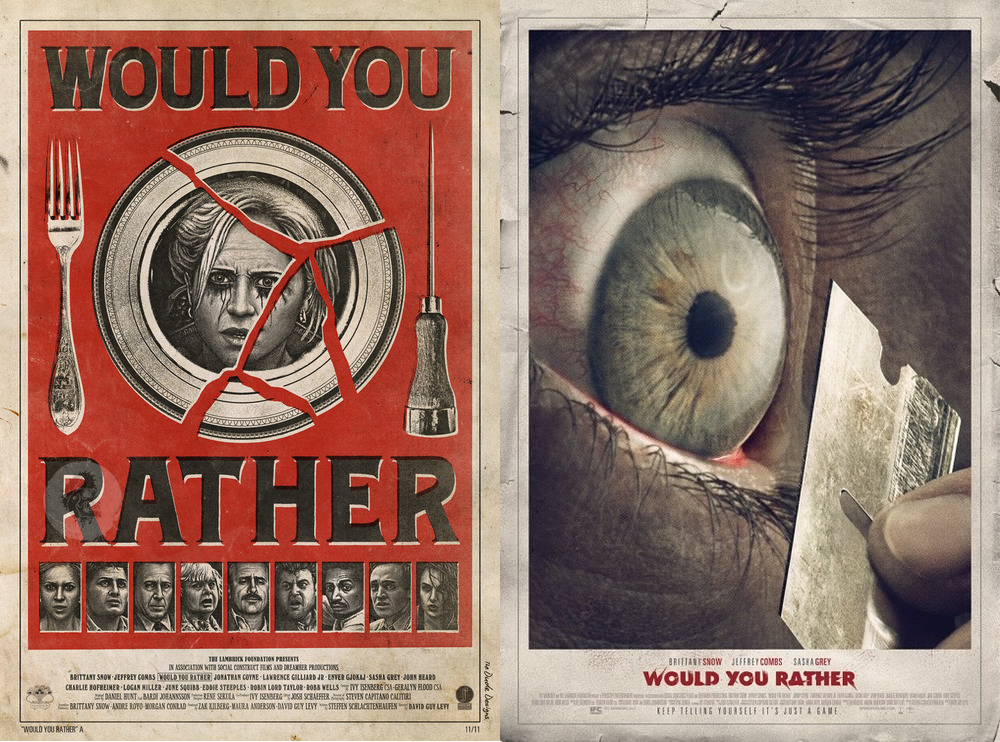