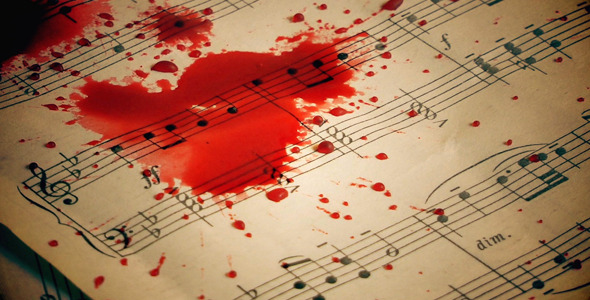 When we think about horror movie soundtracks, main themes and scores are typically what come to mind. It is impossible to forget the music that accompanied some of our favorite films; The Exorcist, Halloween… the music has become as iconic as the films themselves and the franchise villains they popularized. Even later films, like 1994’s Interview With the Vampire, are so well scored as to make the music instantly recognizable.

But what about the other songs? How many times have you heard something playing in the background of a horror film, artist and title unknown, and thought, ‘Wow, what a damn good song’? Outside of those same iconic themes that make the rounds on every so-called ‘spooky’ playlist during the Halloween season, much of the music included in or created for horror films seems almost ignored. Below I’ve compiled a list of some of my own personal favorites.

5. The Flys – Got You Where I Want You
Featured in Disturbing Behavior

Disturbing Behavior was an under-appreciated film released in 1998, featuring the era’s teen pin-ups Katie Holmes of Dawson’s Creek fame and James Marsden, as well as Nick Stahl, who delivered one of the better performances in the film and would go on to start in the painfully short-lived series Carnivale. A Stepford Wives tale for teenagers, the film featured a song by the Flys that actually got a fair bit of airplay before fading away into obscurity. Gritty alternative with a rock edge, it was by no means groundbreaking, but still a decent theme for a tale of teenagers having their minds and personalities hacked away against their will.


4. Love Spit Love – How Soon Is Now (Cover)
Featured in The Craft

The soundtrack to The Craft has always been a personal favorite of mine, featuring such acts as Our Lady Peace and Letters to Cleo, but it is the cover of The Smiths’ How Soon is Now which became the featured theme for the film and went on to be the theme song for the WB (later CW) network series Charmed that really took center stage. Featuring a raspier vocal than the original cut, the Love Spit Love cover of How Soon Is Now seemed to embody the themes of fear and frustration that permeated this story of a prototypical new girl whose dalliance into witchcraft with her fellow outcast classmates leads to fatal consequences.

3. Dramarama – Anything Anything
Featured in A Nightmare on Elm Street 4: The Dream Master

I have never been shy about professing my love for this fourth entry in the Freddy Kreuger film series. While most critics will cite the original 1984 film or the third in the series, Dream Warriors, as the best entries in the franchise, I have held long enduring affection for this particular film. While the theme song to this film, (Running From This) Nightmare, performed by Tuesday Knight (the young actress who had taken on the role of Kristen from Patricia Arquette, who had originated the role in Dream Warriors) is a definite runner-up to this list, the song featured during the character Rick’s perhaps oddly placed karate workout scene steals the show. For years, it drove me mad. It was familiar, but I couldn’t place it; it was great, but I couldn’t buy it if I didn’t know what it was! Enter the dawn of Google and eventually I figured it out: Dramarama’s biggest hit, Anything Anything. Years later, the song has earned a place among the favorites of many and has been covered by everyone from Lucky Boys Confusion to The Ataris.

2. Jay Gordon – Slept So Long
Featured in Queen of the Damned

So, Queen of the Damned was a terrible movie. It was weirdly terrible. Because Aaliyah and Stuart Townsend delivered admirable performances, and it featured one of the best soundtracks of the decade, and yet the movie was still a steaming pile of crap. This, I believe, is the best you can hope for when you take three books, cut out the interesting parts, throw them in a blender and pour half of the remaining mulch into a script. Even so, the soundtrack, written and composed in part by Jonathan Davis of Korn, is phenomenal, featuring vocals from David Draiman, Marilyn Manson, and the late Chester Bennington. One particular track, Slept So Long as performed by Jay Gordon, front man of the band Orgy, is a definite standout. If only half as much effort had been put into the actual film as was put into the soundtrack, it might not have sucked quite so hard.


And last, but definitely not least…

1. Goo Goo Dolls – I’m Awake Now
Featured in Freddy’s Dead: The Final Nightmare
Ahh, Goo Goo Dolls. What happened to you, guys? Once upon a time, this was a decent alternative band. Then they started recording for major Hollywood films and singing vaguely Christian and clearly meant to be “inspirational” songs about better days and letting love in, while touring with soft and acoustic rock acts. But before this major change in their sound, they recorded a much overlooked gem for the soundtrack of what was meant to be the last Nightmare on Elm Street film. I’m Awake Now carries a heavy industrial sound that immediately calls to mind our favorite gloved dream-stalker and its moody atmosphere is a perfect companion to the Nightmare films.