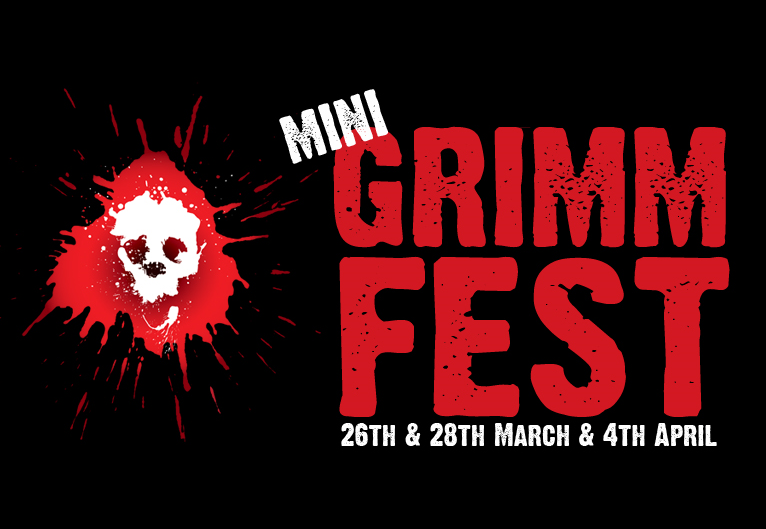 After putting on a fantastic festival in October 2012, as well as various double bill showings throughout the year, GRIMMFEST are back with their very own mini festival. Based in Manchester, UK, they aim to show only the best horror films from around the world. Mini GRIMMFEST takes place on the 26th & 28th March and 4th April at the Stockport Plaza, showing;
* INTRUDER
* SLICE AND DICE: THE SLASHER FILM FOREVER (NW Premiere)
* ENTITY (NW Premiere)
* I DIDN’T COME HERE TO DIE (UK Premiere)
* THE BROOD (HD Remastered)
* SCANNERS (HD Remastered).
Q+As:
Steve Stone, director of ENTITY talks about the making of the film.
Calum Waddell, producer/director of SLICE AND DICE talks about the making of this special documentary.
Tickets are only £20 for the whole three days (booking via phone or counter only – Booking line: 0161 477 7779. Quote ‘Mini Grimmfest offer’), or if you would just like to see one of the double bills, then it will only be £8 (links to buy tickets further down). 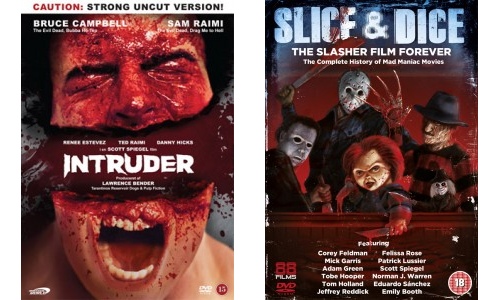 SLICE AND DICE: THE SLASHER FILM FOREVER (2012) (Pre-release screening)
Ever since Alfred Hitchcock created Psycho in 1960 the story of a weapon-wielding madman – stalking and slaughtering helpless victims – has become a fixture of fear flicks and bludgeoned bombastic box office takings worldwide. Slice and Dice: The Slasher Film Forever takes an often irreverent look at this much-maligned, and frequently misunderstood, genre with commentary from some of the form’s most celebrated filmmakers including Mick Garris (Masters of Horror), Adam Green (Hatchet), Tom Holland (Child’s Play), Tobe Hooper (The Texas Chain Saw Massacre), Patrick Lussier (My Bloody Valentine 3D) and Scott Spiegel (Intruder).
The director and producer team will be in attendance to offer up some giveaways!

INTRUDER (1989)
The ex-boyfriend of a check-out girl at a supermarket shows up at closing time to cause trouble. Following a quarrel, he is ejected from the store. That night, the staff stay behind for a stock check, but there is someone else in the building. Someone with murderous intentions.
Probably the last true slasher flick of the ’80?s, written and directed by long-time Sam Raimi, Coen Brothers, and Eli Roth associate, Scott Spiegel from a story by Reservoir Dogs and Pulp Fiction producer Lawrence Bender, this oft-overlooked genre gem combines a deliciously dark sense of humour, strikingly stylish and inventive camerawork, and some truly eye-popping gore FX, in a truly twisted take on the retail trade. 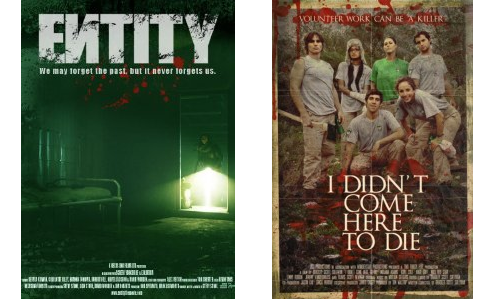 ENTITY (2012)  followed by Q+A with the film makers. ‘How to produce a successful low budget horror movie’.
In 1998, 34 unidentified bodies were found in shallow graves in a remote Siberian forest. No official explanation by the Russian authorities was ever offered. In 2010, the mystery attracted the interest of the producers of ‘Darkest Secrets’, a British TV show which revisits the sites of unsolved crimes with a professional psychic whose extraordinary powers may help shed new light on cold cases. A small TV were sent out to Siberia to investigate. Nothing was heard from them again. This is the story of what happened to them…
With its strong use of creepy, location and jarring, unnerving sound design, Entity is a master class in sustained, escalating tension, and claustrophobia, with some genuinely dark and disturbing twists.

I DIDN’T COME HERE TO DIE (2010) (UK Premiere)
The story of six young volunteers working on a humanitarian project in the woods. Horrific accidents, rash decisions and the unpredictability of human nature leads them all to the same disturbing conclusion. Volunteer work can be a killer. 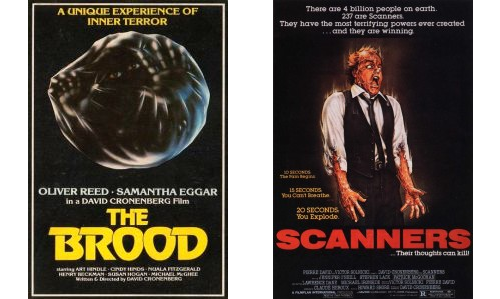 THE BROOD (1979 – Remastered in HD): An estranged husband struggles to discover the exact nature of the therapy being employed on his institutionalised wife by an unconventional doctor. Does it have any connection with a serious of violent attacks in the region that seem to have been carried out by a gang of children. Cronenberg’s reaction to his own divorce and child custody battle is a disturbing, angry allegory about 70s therapy culture, feminist rage, emasculation anxiety, and the traumas of parenthood.

To stay up to date with GRIMMFEST, become a fan of them on Facebook, or check out their site HERE