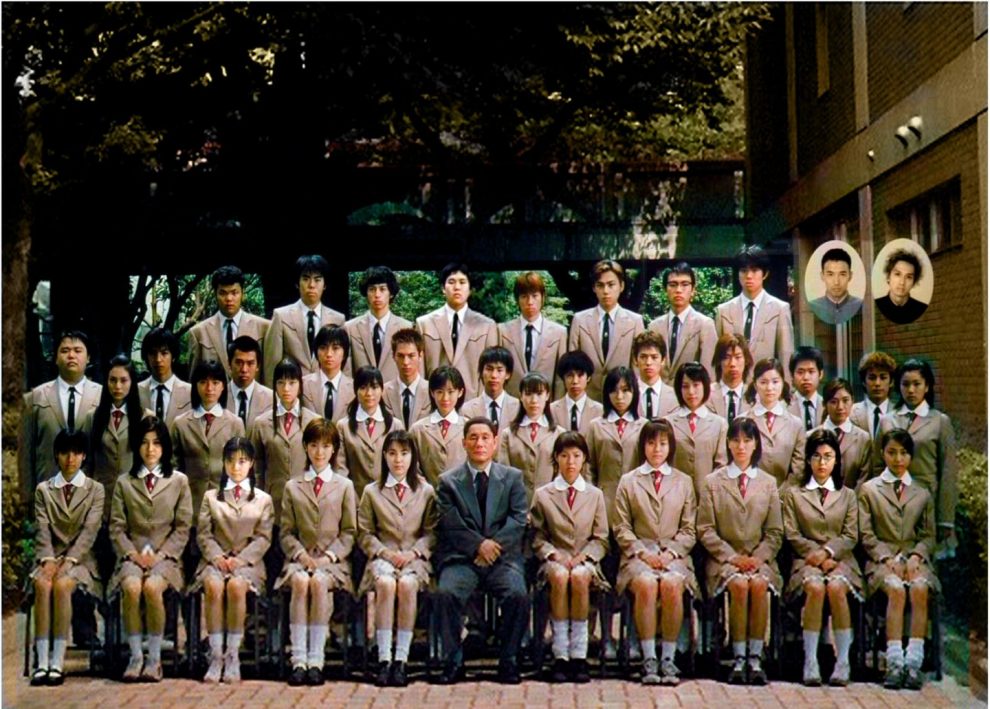 So today I received this magnificent box-set in the post – Arrow’s Limited Edition to 10,000 copies of Battle Royale (Blu Ray). As soon as I opened it, I knew I had to do some kind of review, because to me, it’s literally the best box-set (both in content and value) for any film I’ve ever seen. 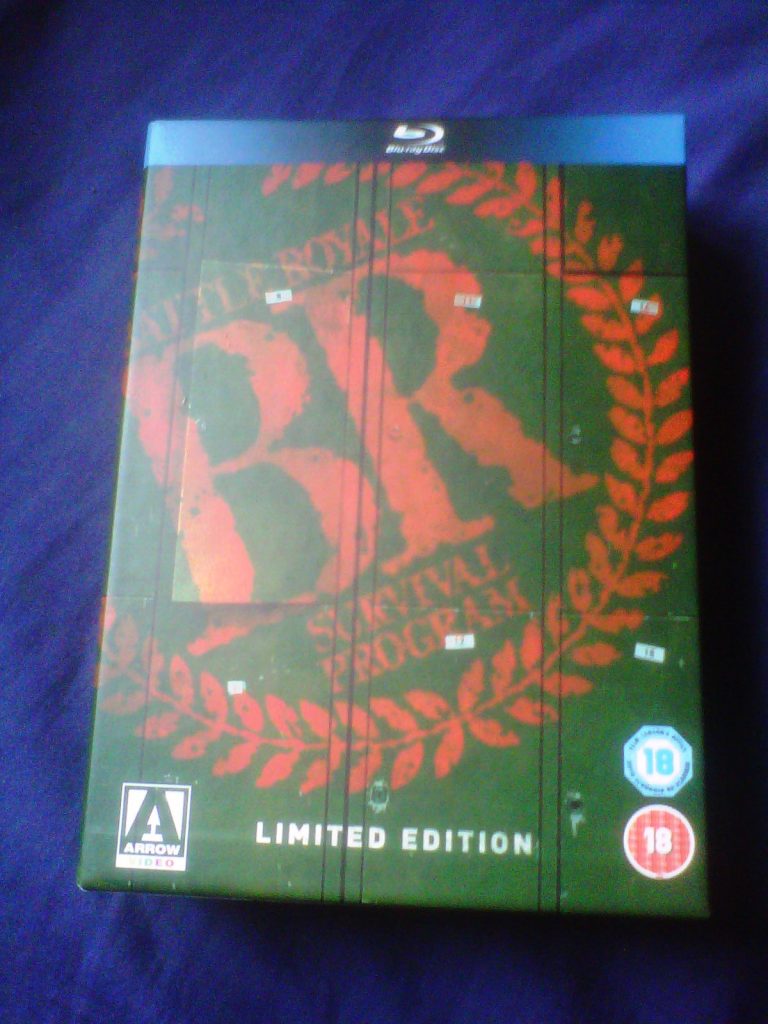 The cover of the box is a brand new design, not on any of the other Battle Royale DVDs/Blu Rays, which is definitely a good start. 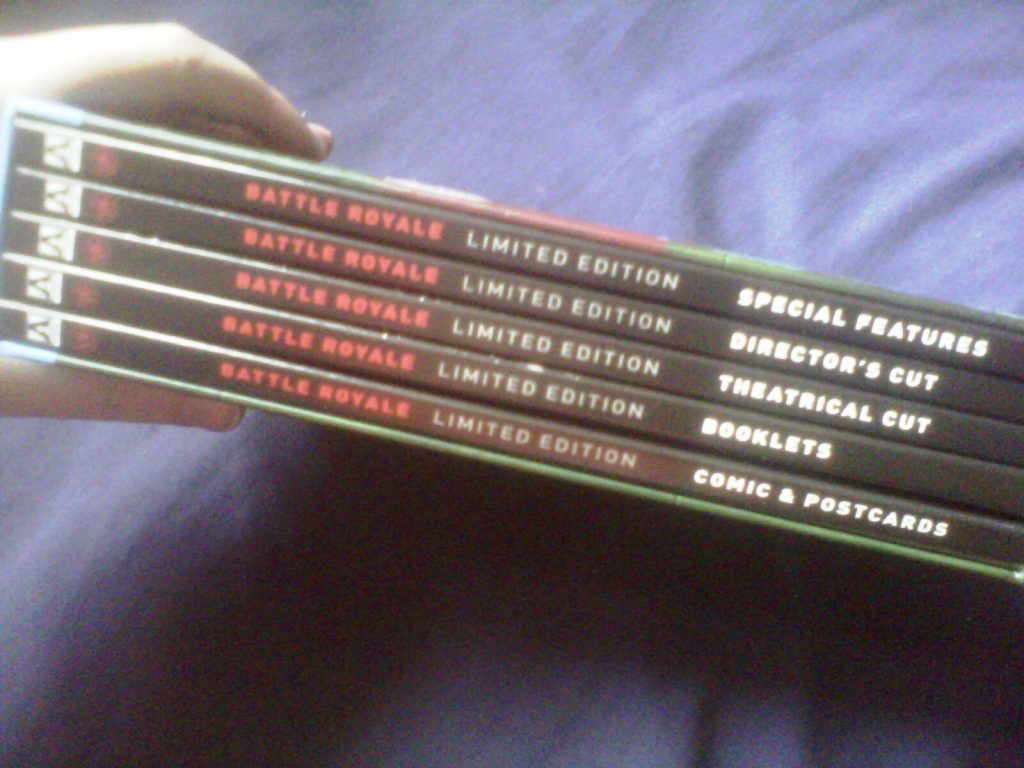 From the side, you can see that there are five different sections; Directors cut (Blu Ray), Theatrical Cut (Blu Ray), Special Features (Blu Ray), Booklets, and Comic & Postcards. 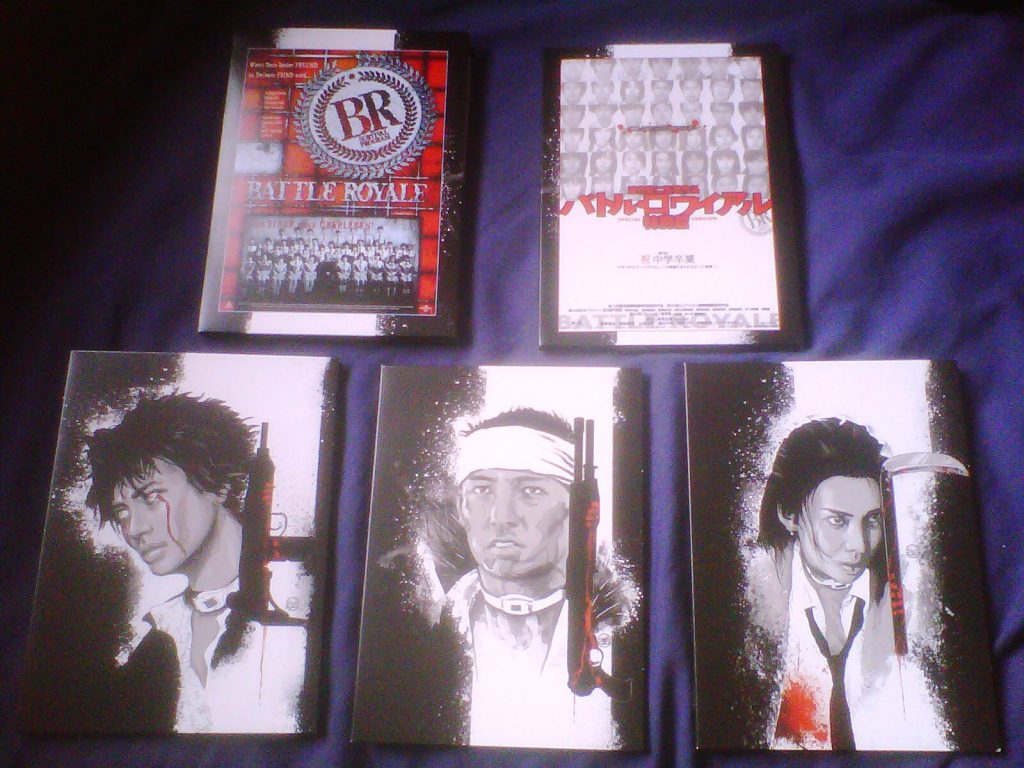 After taking out the five sections, I was confronted with these super awesome artworks on each of them. From top left, to bottom right; Comic & Postcards, Booklets, Theatrical Cut, Directors Cut and Special Features. I was kind of expecting one of the three featured characters to include Shuya Nanahara (Tatsuya Fujiwara), but alas, these three characters are all pivotal to the plot and I especially like Kiriyama, so it’s all good. 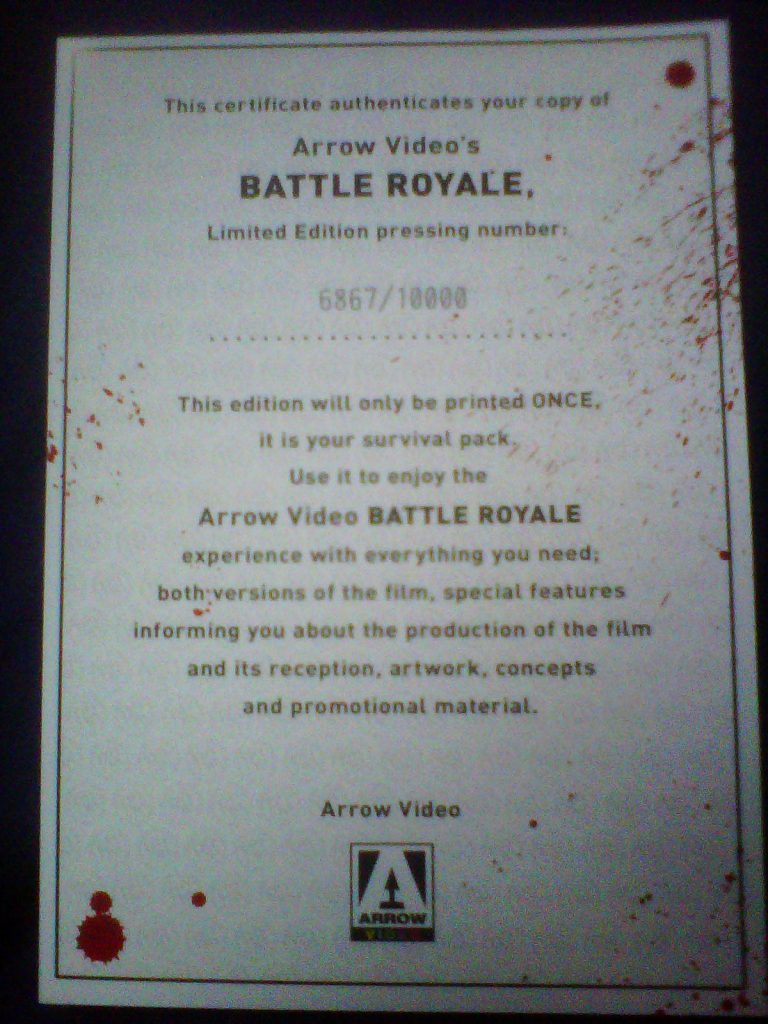 Here is the certificate I got stating that this is my limited edition copy, and that I got #6867 out of 10,000. Such an amazing addition to this box set. 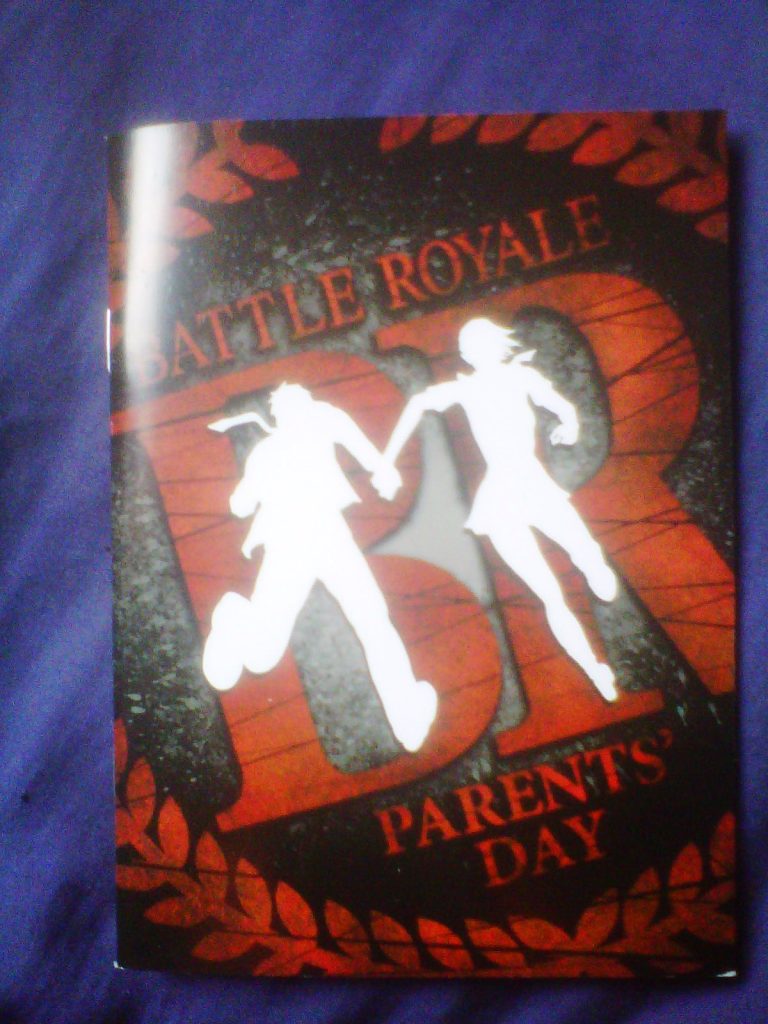 This is the 32 paged comic book, named ‘Parent’s Day’. I was surprised not to see it in the same style as the original manga, but the drawings aren’t too bad it’s a good little read. 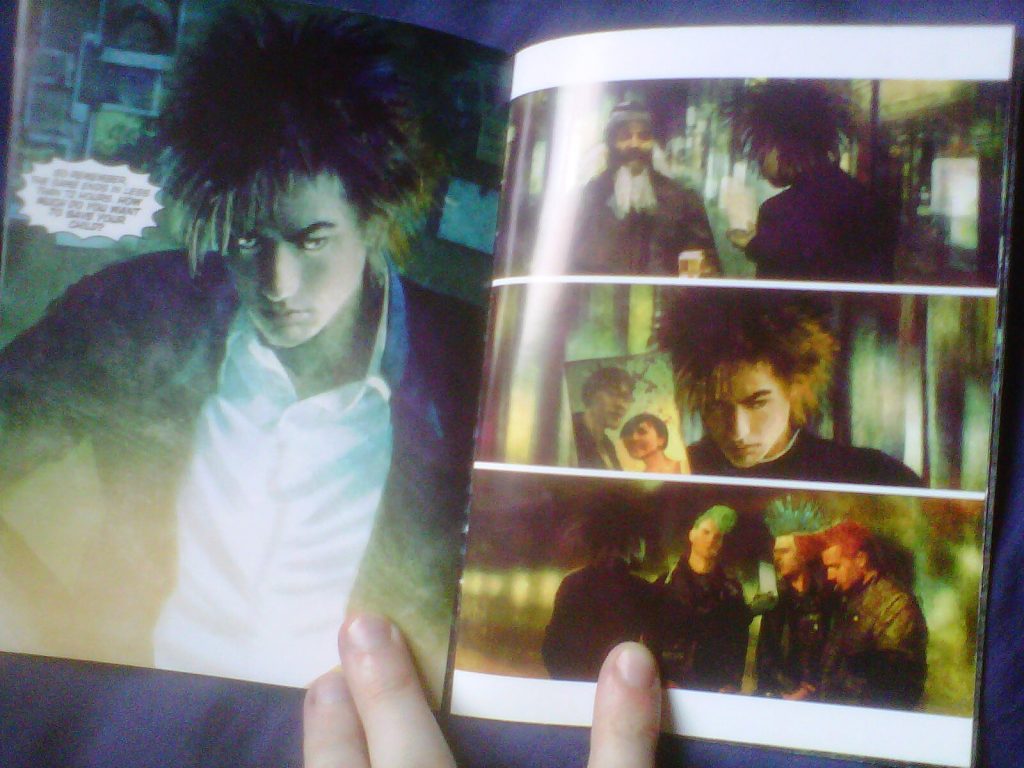 Inside the comic book! The basic premise of the plot is that two students find out that their school is going to be part of the next Battle Royale Program, so they decide to run away. But will they survive? You’ll to buy it and read to find out! 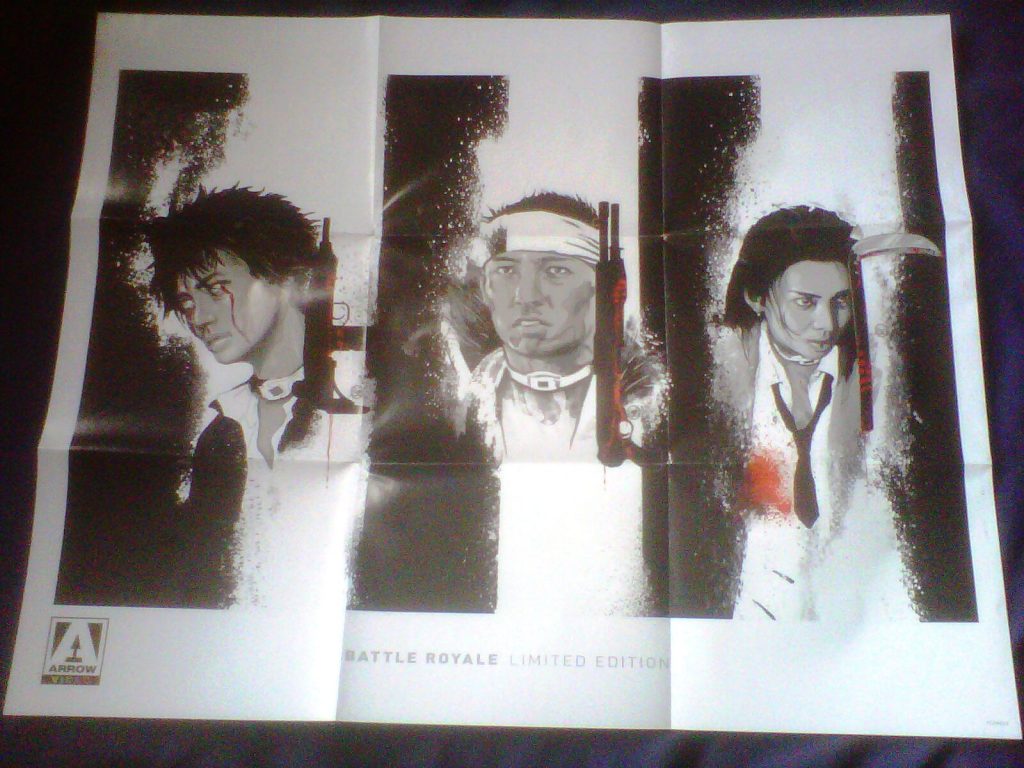 Next is the doubled sided poster. This is one is the new artwork version… 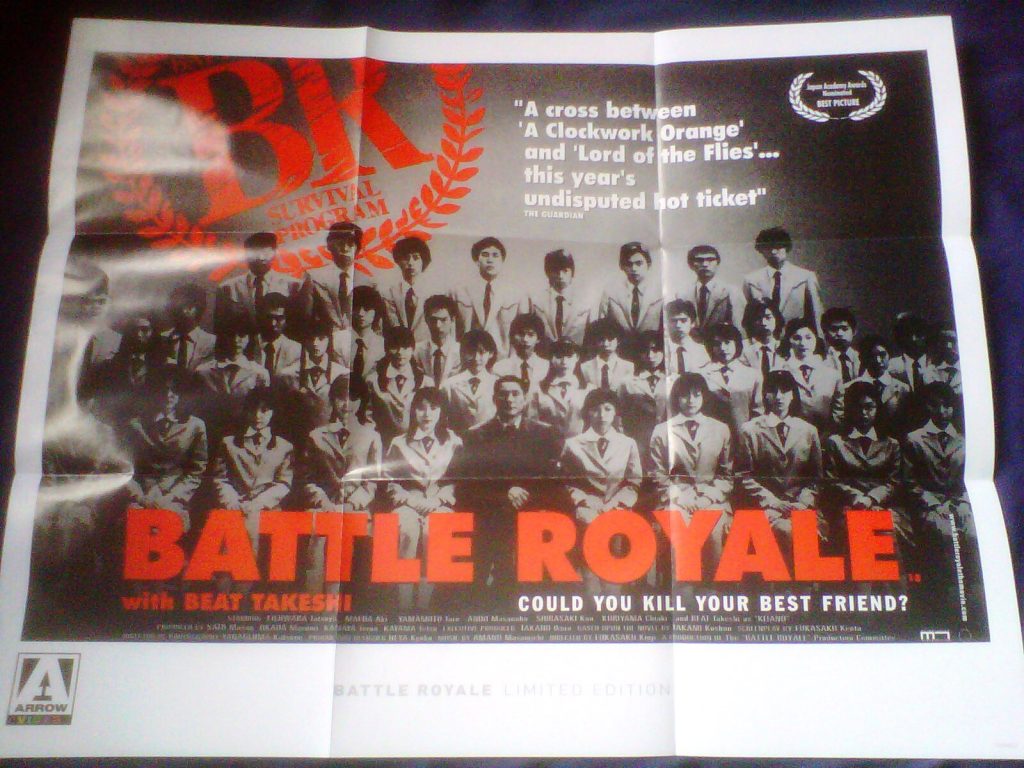 And this is the original artwork one (which I’ve already put up on my wall because it’s one of my favourite film posters ever!) 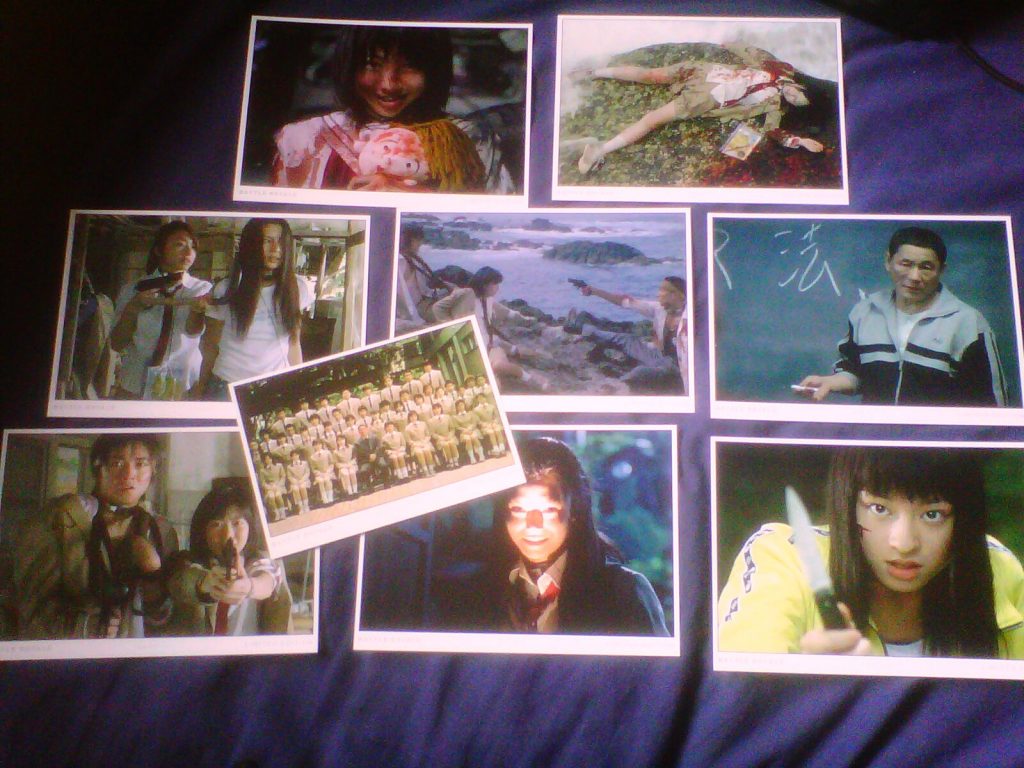 Next we have the amazing 5×7″ postcards (the smaller one, out of place is the front of the Limited Edition certificate). I was gutted to see no Kiriyama in this selection, but the shots they have chose to include are all great ones! 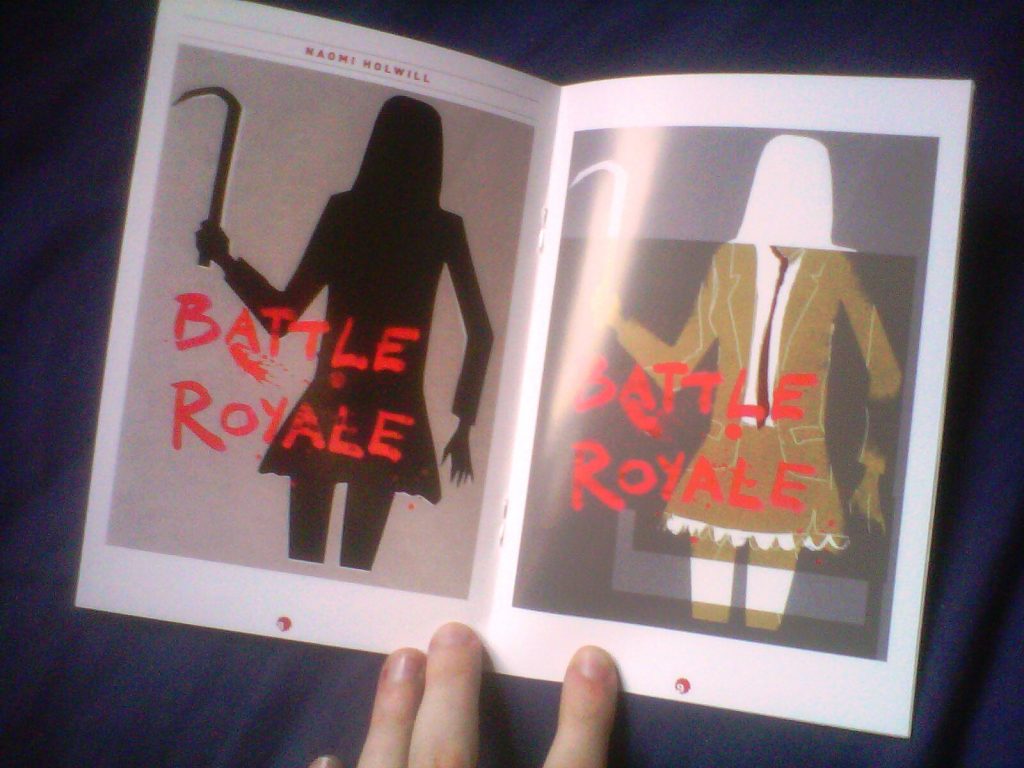 Here is one of the pages from inside the concept art and drawings booklet. This is one of my favourite parts of the box set, I just wish there was a chance to get the image on the left blown up, as i’d LOVE it as a poster. 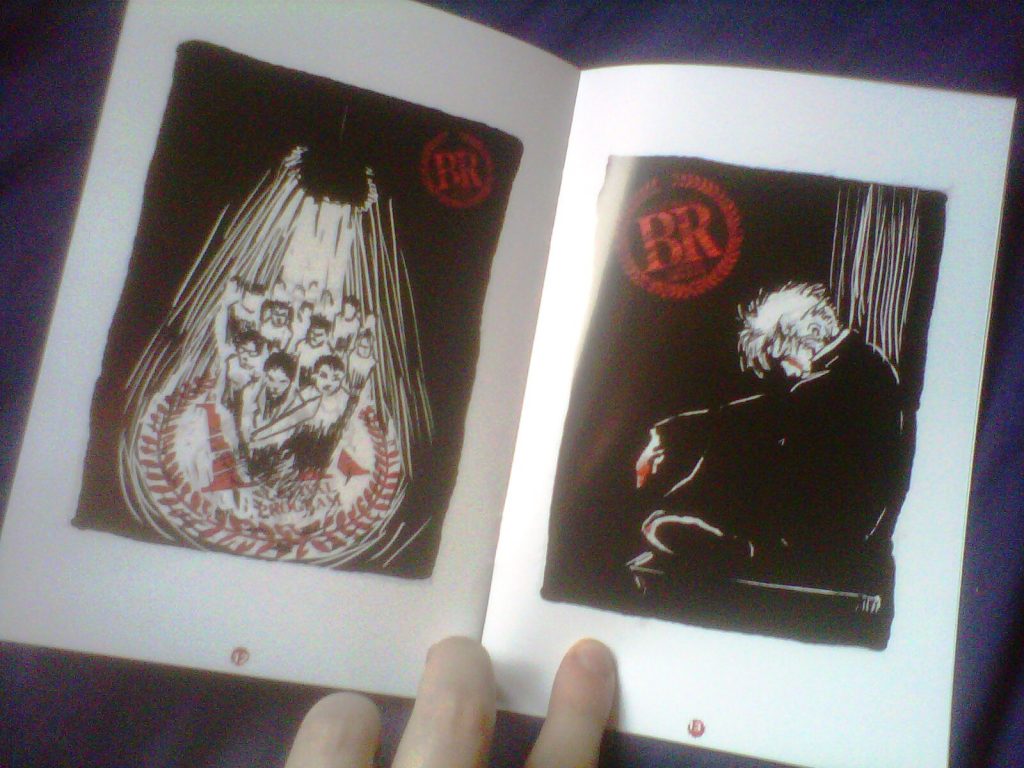 Two more pieces of artwork from inside the concept art and drawings booklet. 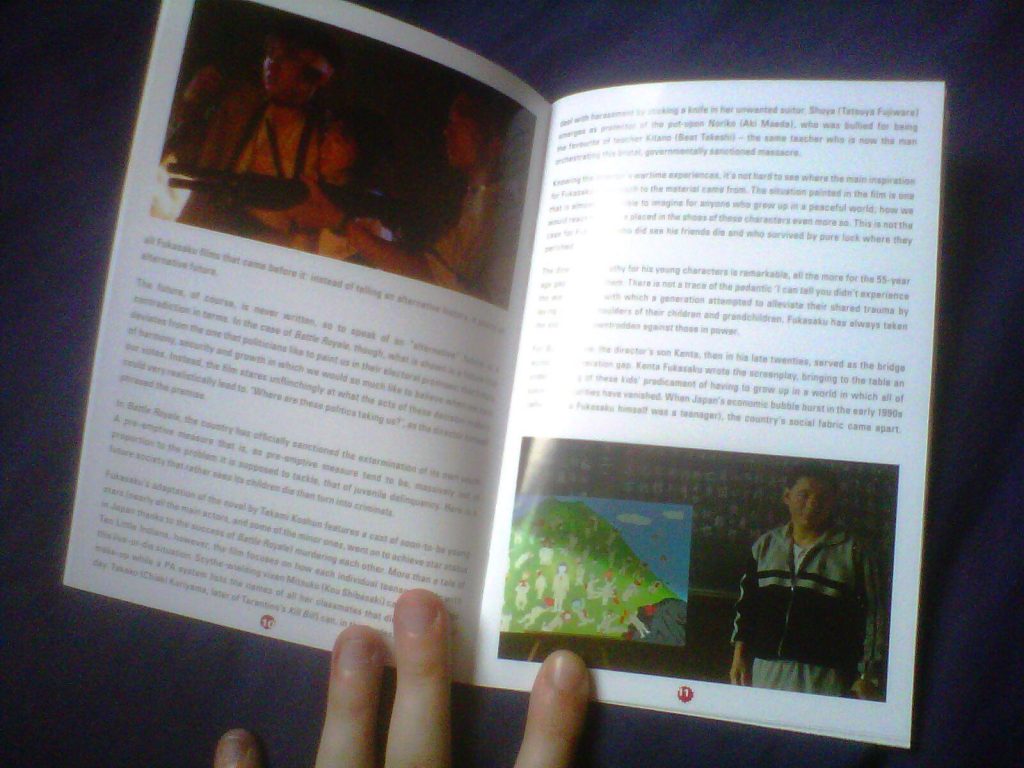 A couple of pages from inside the essays and commentary booklet. This is a list of everything featured inside of it; 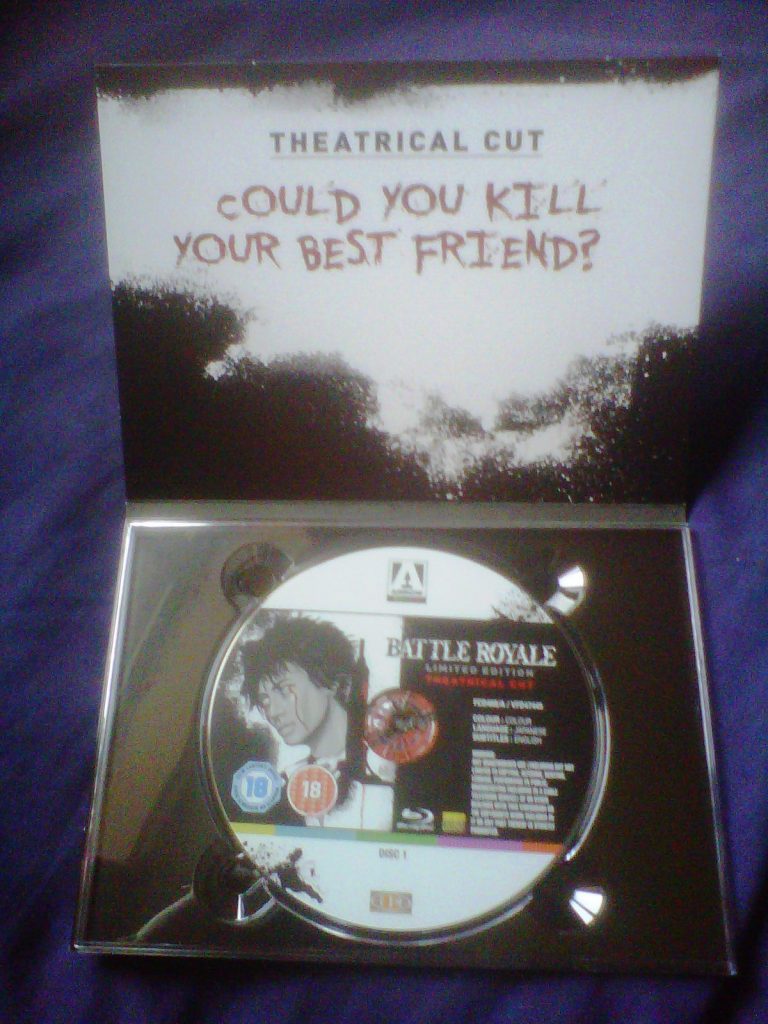 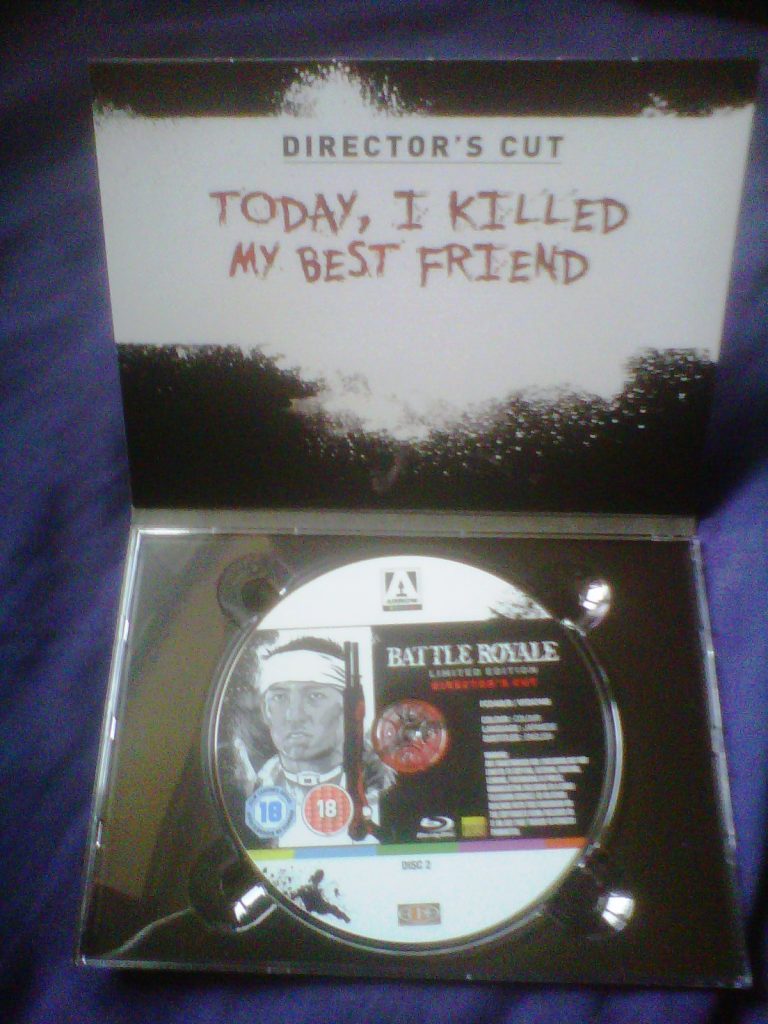 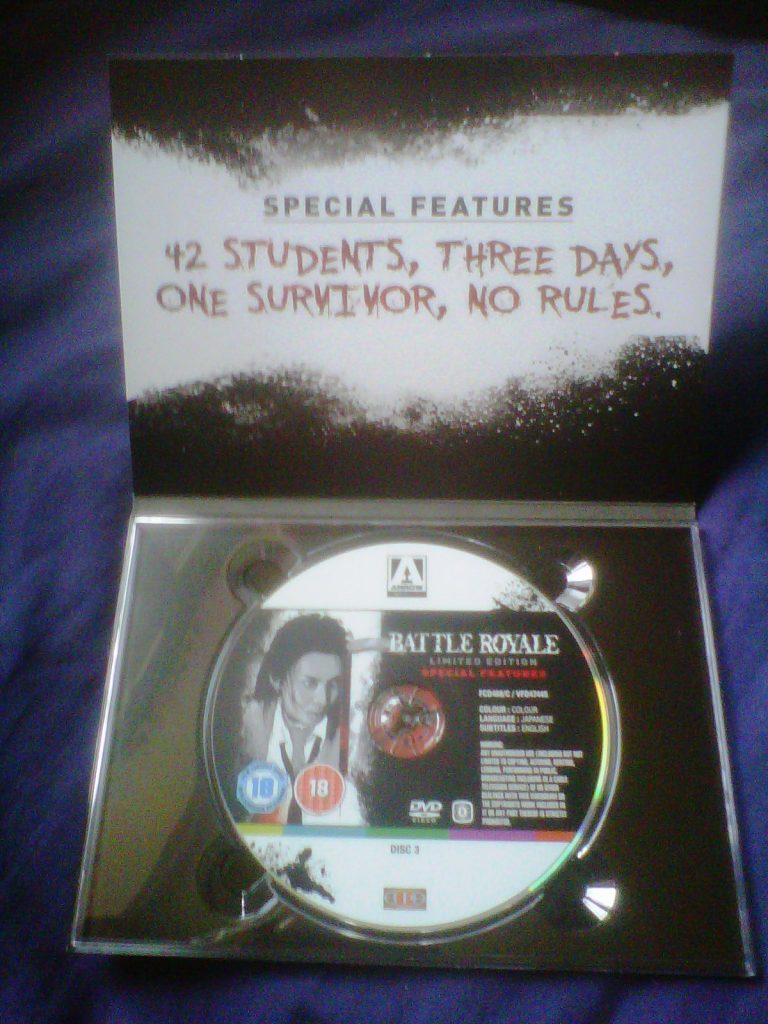 All in all, this is literally the box set I’ve ever seen, and a definite must have for fans of Battle Royale. What’s even more amazing about this, is that it only costs £19.99 to buy – with free postage! You can buy it direct from Arrow’s site; HERE. You should all probably get this now, sooner than later as it’s a limited edition and it’s been out for a little while, so there’s probably not too many of them left.