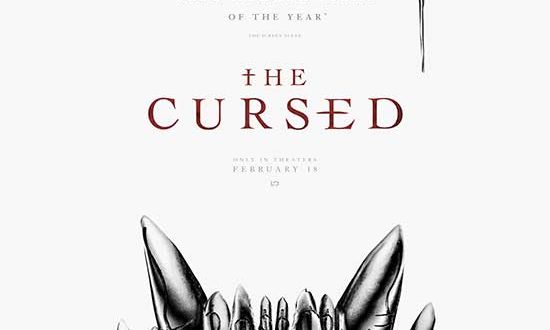 If you’re feeling some cabin fever and want to get out to see a movie, provided its safe to do so in your area,  you really could do a lot worse than The Cursed.

Most moviegoers who recently flocked to theaters to see the latest entry in the Scream franchise were treated to the enigmatic trailer for The Cursed, a film that promised spooks and scares in a rural 19th century setting. With little more to go on, it seemed to be a new film in the vein of 2015’s The Witch. However, a cursory internet search for a release date provided a little bit more surprising information.

The Cursed is in fact a creature-feature, a werewolf film to be exact, that was shown at film festivals throughout 2021 under the title Eight for Silver. With no real information as to why the title was changed to the far more bland (and often overused) The Cursed, I was still intrigued enough to head out to the theater to see it, and I’m so glad that I did.

The film is brutal. Horror film violence blends seamlessly with more real-world gore courtesy of an opening scene in the trenches during World War I, including a visit to a field hospital where limbs are being hacked off and bullets are being gouged out of fallen soldiers with little more than the hand of a harried nurse to hold by way of anesthetic. The scene sets the pace for the rest of the film, promising further heavily realistic gore and delivering in spades as the scene fades into a flashback some 35 years prior on a rural estate in France. The pastoral scene soon becomes afflicted by shared nightmares and attacks by a mysterious creature as retribution for the wrongs suffered by a band of Romani people.

The film is not without its problems, of course. The G-slur [g*p*y] for the Romani is used frequently (though it is arguably accurate to the period in which the film is set) and the overused cliché of a curse placed on those who visit violence on the Romani people is really done to death. Though the film has an innovative take on the supposed curse and the brutality that the Romani did historically suffer is highlighted, there really has to be a better way to tell what is ostensibly a werewolf story without perpetuating such a tired origin story.

In spite of this, The Cursed is a good film. The effects, seeming both practical and CGI, are very well done and the film offers a slow build to a horrific conclusion with perfect pacing and enough scares even early on to keep viewers interested. With a run time of nearly two hours, the film never seems to drag. Combined with some truly breathtaking views of fog and forest, and a truly unsettling version of the werewolf-creature mythology, The Cursed is definitely worth your time.